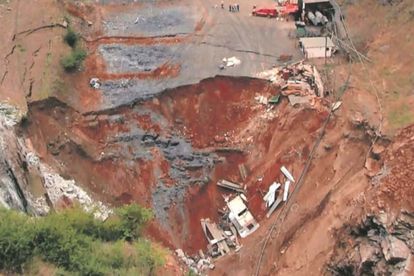 For almost three years, the families and former co-workers of the Lily mineworkers who were buried underground when the entrance of the gold mine collapsed in 2016, have been pleading with the government to retrieve the remains of their bodies.

According to SABC News, the remains of the three mineworkers – Solomon Nyarenda, Pretty Nkambule and Yvonne Mnisi – were not recovered since the mine’s collapse.

On Friday 5 February 2016, a metal container at the Lily Mine, near Barberton, in Mpumalanga, fell into an 80m hole and was buried by thousands of tonnes of rock and debris. The three mineworkers were trapped inside the container, in which they were working as a lamp-room.

According to EWN, a tyre that was attached to the metal container when it plunged into the hole, was recovered shortly after the collapse. Former owners Vantage Goldfields SA said at the time that it was an indication that the team was close to reaching the structure in which the three workers were trapped.

But it is now three years later and the bodies have still not been retrieved.

The families and former colleagues are accusing the government of not doing enough to assist in retrieving the bodies. The former Lily mineworkers and some family members have been camping outside the mine for more than 230 days. Their only wish is that their loved ones be buried with dignity.

They camp outside the mine with the aim of putting pressure on the government and the former Lily Mine management to speed up the process of retrieving the remains of the bodies of the victims.

Nkambule’s younger brother, 23-year-old Sifiso Nkambule, claims that he had to drop out of university to join those who are camping outside the mine.

“This year, I was doing my final year at UJ. I was doing accounting science but it was quite difficult for me to cope due to that incident. I was forced to drop out to come and camp here to fight for our loved ones’ bodies that are still trapped underground. Then my father passed on – he was so stressed about the loss of his daughter,” he said.

Taking matters into their own hands

“We came to the camp to stay here so that we can go underground to retrieve those three colleagues. But because those companies stopped us and the government stopped us, we stayed here for nothing, so we are going underground because we need those colleagues,” said Mthethwa.