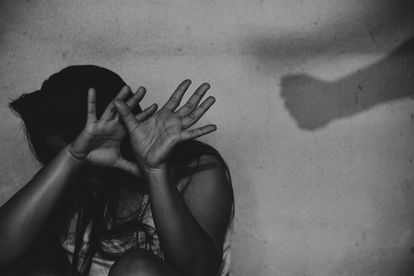 A Bloemfontein woman was killed at the hands of her husband.
Photo: Stock/Canva

A Bloemfontein woman was killed at the hands of her husband.
Photo: Stock/Canva

What a horrendous way to die, and that at the hands of the man you married. A Bloemfontein man was arrested after doused his wife with a flammable liquid and setting her alight.

THE WIFE SUFFERED SEVERE BURNS TO HER FACE AND NECK

The 33-year-old woman suffered severe burns on her face and neck and died later in hospital.

According to police spokesperson Lieutenant Colonel Thabo Covane, the 36-year-old man appeared in Bloemfontein Magistrate Court on Tuesday for the murder of his wife.

“Gabriel Modise is suspected to have doused his wife with a flammable liquid and set her alight on an open area in Tielman Roos Street, Olive Hill.

“The woman is reported to have suffered serious burns on her face and neck and was admitted to hospital on Friday 28 January 2022,” he said.

The woman, unfortunately, died from the injuries and passed away on Thursday, 24 February 2022.

POLICE REACTED SWIFTLY AFTER RECEIVING THE REPORT FROM HOSPITAL

The police received the report from the hospital, and a case of murder was opened at Navalsig Police Station.

Covane said an investigation was launched, and the man was arrested at his home in Olive Hill near Bloemfontein.

The man appeared in court on Tuesday and the case was postponed to Monday 14 March 2022 for formal bail application.

He was remanded into back police custody.

VIOLENCE AGAINST WOMEN WAS A TOP PRIORITY FOR POLICE

The deaths in the last three months of the year included 902 women and 352 children. Taken together, nearly 700 more women and children were killed than in the previous three months.

Rapes, chronically under-reported, were officially counted at 11,315 — up from 9,556 the previous quarter.

Cele insisted that violence against women was a top priority for police, saying more than 90,000 officers had received training on helping victims of sexual violence.

ARE YOU A VICTIM OF ABUSE?

If you know or suspect that someone is a victim of domestic violence, you might feel clueless about the best way to help. Don’t let a fear of saying the wrong thing prevent you from reaching out.

Here is where you can seek help:

In a case of domestic violence or sexual assault, the South African Police Service will help you find medical attention, shelter and victim counselling.

The SAPS emergency number is 10111