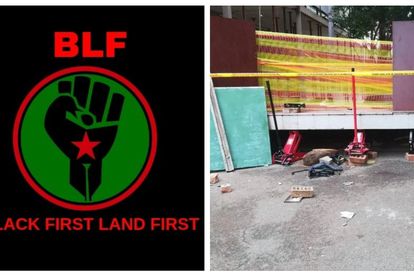 The former deputy general secretary of the BLF has apologised for hate speech when he ‘celebrated’ the death of pupils. PHOTO: BLF/Netcare911

The former deputy general secretary of the BLF has apologised for hate speech when he ‘celebrated’ the death of pupils. PHOTO: BLF/Netcare911

Tragedy struck at Driehoek Hoёrskool in 2019 when a bridge collapsed at the school, killing three pupils and injuring 20. Some had suffered critical injuries.

But the BLF instead felt the death of the pupils was a punishment to “land thieves including their offspring.”

In a matter brought by union Solidarity, the Equality Court found Dubasi and BLF spokesperson Lindsay Maasdorp guilty of hate speech. The court ordered in March 2022 for the pair to apologise to the South African public through the South African Human Rights Commission (SAHRC).

Dubasi, has since communicated his apology to the Commission.

DUBASI SAYS HE TAKES FULL RESPONSIBILITY FOR HIS COMMENT

In his apology to the Commission, the former deputy secretary general said he takes full responsibility for the comments made.

“Upon reflecting on my conduct, I take full responsibility for the comments made as hate speech and would like to apologise unconditionally to the… (SAHRC). The overall goal of my apology is to restore and promote harmony in the broader society.”

He says he acknowledges the harm done.

“…and I apologise unconditionally as a right and critical step in making proper amends for the wounds I have inflicted on the families of the deceased children, Human rights commission and the broader society.”

THE COMMENTS THAT GOT THE BLF INTO TROUBLE

Maasdorp responded to a tweet which said the deaths are “minus 3 future problems”. He tweeted back by saying:

“Siyanda Gumede is correct! God is responding, why should we frown on the ancestors petition to punish the land thieves including their offspring.”

“Ancestors are the BLF (Black First Land First), as we fight they fight too. They shake the land, and white buildings built on stolen land collapse. Keep fighting Zinyanya you are fighting a good fight. Camagu.”

The Equality Court declared the comments to be hate speech and interdicted the two from repeating, posting or publishing the said comments on any media platform, including social media.

They were also ordered to delete the comments and all references from all social media or other public platforms. This includes publishing a written apology directed at all South Africans to acknowledge their comments are hate speech.

In addition, Dubasi and Maasdorp are ordered to pay R50 000 to each of the families of the deceased children.