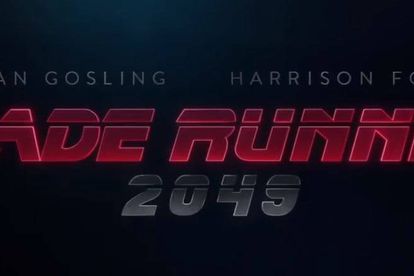 Fans of the original 1982 Blade Runner have been shown what it really means to wait for a sequel, 35 years to be precise. It may have been a long wait but Blade Runner 2049 is finally finished and ready for its 2017 release.

When does Blade Runner 2049 release in South Africa?

South African fans thankfully don’t have much longer to wait, the film is releasing globally on Friday the 6th of October. You can see it at Ster-Kinekor and all other major theatres around the country, including IMAX.

Aside from Harrison Ford returning to reprise his role as Rick Deckard, 2049 boasts a ridiculously impressive cast. Ryan Gosling joins Ford as the lead and the pair are supported by Oscar winner Jared Leto, Ana de Armas and Dave Bautista to name just a few.

What’s the deal with the latest Blade Runner 2049 trailer?

In just the first few seconds, this trailer manages to convey a sense of what living in 2049 is like. The casual flying car together with the weird technological “birth” of humans is truly something to behold. As was always predicted, earth and its environment are also not in the best state *cough* global warming *cough*.

You can check it out for yourself below.

Does the trailer get you as excited as we are? If, yes just make sure you have your ticket booked for that Friday evening slot!