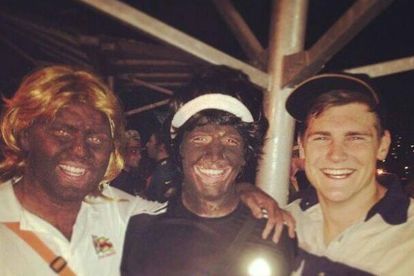 Much has been written on the so called “blackface” incidents at universities at both the North and South ends of the country. Now, while most people are in agreement that this kind behaviour has no place in a multiracial, integrated society, it has shed some light on a trend that is fast becoming the norm in SA.

Stellenbosch University has made it clear that no disciplinary action will be taken against the most recent blackface jokers, but that they will be expected to attend community engagement events where unity, integration and cultural understanding are discussed and workshopped. Basically, take a time out and let’s Montessori our way through this problem. Now, we’re not saying it’s the wrong approach, but this type of reprimand seems to be a tendency adopted even by our highest courts and…in recent cases, Parliament itself.

Wow, that escalated…or did it? Let’s approach this as if it were a study in national judicial discipline and executive morals. Our government, bless it, hasn’t exactly been the poster-child for accountability and honesty. In fact, not even our judicial system has been spared from political infection – just look at the appointment of our top wig, Mogoeng Mogoeng, the name so nice you say it twice – and interference. With a presidency marred by corruption, nepotism and a blatant disrespect for the constitution, it’s easy to understand that even when dealing with the murder of Reeva Steenkamp, justice drags its heels.

Now, painting your face black might seem a far cry from murdering your girlfriend or colluding with French arms dealers; but as our nation slowly slips into a state of quiet lawlessness, is it not natural to see then, the rot at the top of the tree spreading and eventually bringing the entire organism to its knees? How do we bring morality and a sense of justice back to the institutions meant to defend our constitution? Where do we draw the line between a mistake made and deliberate disregard for the rules?