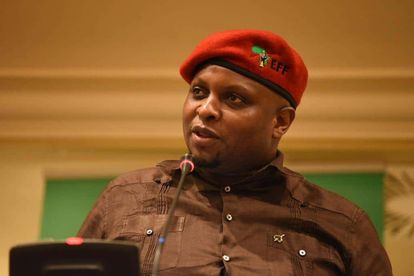 Floyd Shivambu was a man on a mission this Tuesday after he stood and delivered during Parliament’s debate on Black Lives Matter (BLM). The combative EFF Deputy President delivered a passionate speech about racism, but some of his comments are likely to cause a blood pressure spike amongst some South Africans.

While defending the message and the movement behind Black Lives Matter, Shivambu turned his anger towards those who feel there is a ‘racist element’ behind BLM. Of course, he didn’t waste an opportunity to have a dig at capitalist structures while he was in full-flow, either.

Shivambu refocused his argument on those who feel ‘oppressed’ by the Black Lives Matter campaign. He claims that no black person can be considered racist – regardless of their views – because ‘systems of white supremacy have left many people despondent’. This probably you won’t be the last you hear about this statement…

“For the historical and present reality, of course black people will be despondent towards white people – but that does not make black people racist. There is no black person who can be racist because they can never think that they are superior to any other race since they are despondent of the white supremacist system.”

“Those who speak and work against white supremacy, the nonsense of white privilege, and those calling out racist manifestations, are not racist. Racism is the continued police brutality against black people in many parts of the world. Racism is the massive inequalities that exist between white and black citizens.”

#BlackLivesMatter Shivambu: Racism is the fact that less than 10% of the population here in South Africa is in control of 80% of the wealth and that reality manifests itself in many parts of the African continent and where ever black people are found.