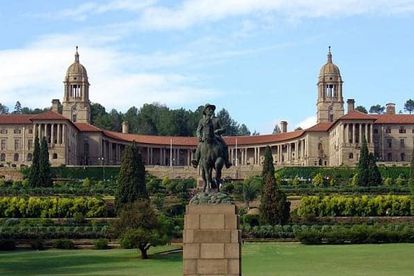 The Union Buildings in Pretoria: seat of the South African government

The Union Buildings in Pretoria: seat of the South African government

Black Lawyers Association (BLA) have demanded that Jacob Zuma himself intervenes to help black lawyers receive the same treatment their white counterparts get.

Lutendo Sigogo is the BLA president. He and his fellow protesters are livid how black lawyers aren’t getting the same briefings as everyone else in courtroom matters.

Allegedly, they aren’t being consulted at the same time as the whites are, who end up getting briefings more promptly and regularly.

Sigogo explained what a negative impact this would have:

“This matter impacts on everyone. We expect lawyers to become judges or ministers one day, but if you are not being given quality briefs as you grow in the profession, and you become a judge, you are going to judge on issues you were not exposed to.”

“We want to be exposed at all levels of legal work so that we are equipped and ready to lead this country in terms of the judiciary and everywhere we can be requested to lead.”

On Friday morning, a group of BLA protesters marched their way to the Union Buildings in Pretoria, dressed fully in their black court robes. Sigogo reminded the group that “the statistics prove the lions’ share of governmental briefings”goeso to white firms.

They were escorted by the police as they chanted slogans, sang and even danced as they waited for an MP to emerge and receive their memo.

Read: Civil society group OUTA believe they have the evidence that will cost Zuma his job

The BLA had even prepared a statement that calls Zuma and his cronies out for their political misdealings. The group reminded the government that the state was the biggest consumer of legal services in the country.

Of course, this is true. Yet it’s also a less than subtle nod to JZ and the 784 criminal charges that loom over him.

Given impending state capture inquiries and votes of no confidence, Zuma probably shouldn’t be pissing lawyers off at this point.