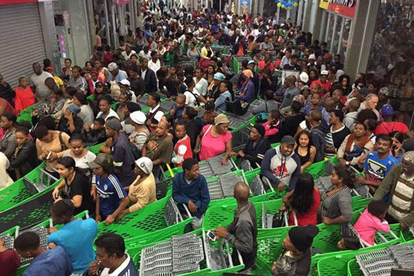 Makro has confirmed it will host continuing Black Friday 2021 deals through November rather than waiting to take part in the national sale, the company said this week.

With Black Friday 2021 set to begin as of 26 November, Makro has decided it will make an early move. The company said it will offer new bargains every week, starting in the first week of November until the end of the month.

Hot deals can be expected for home items such as cellphones, computers, television sets, and gaming products. The offers will be available online and in-stores.

Though the company’s sale will run across multiple weeks, select deals will only be limited for a week.

The company says this year’s event will be its biggest sale affair. It will include convenient savings for purchases made online, as well as in supermarket and alcohol shopping.

“This Black Friday will be bigger than ever before – customers can look forward to great savings on the most sought products,” Makro said.

“Makro will also be offering free delivery to customers for purchases over R500 as well as same-day delivery on grocery and liquor orders through the One Cart App.

“Makro continues efforts to minimise the spread of Covid-19, which include frequent disinfecting of high touch areas, trolleys, and till-points at stores,” the company concluded ahead of the Black Friday 2021 frenzy.

Meanwhile, Woolworth announced a decision to move from its shopping bags to introducing shipping pallets. After Woolworths announced it would be phasing out plastic bags from its stores in a bid to go plastic-free in 2018, the premium retail giant announced that it wants to stop using non-recyclable plastic packaging for its own products, as well as plastic shopping bags, straws, and earbuds by 2022.