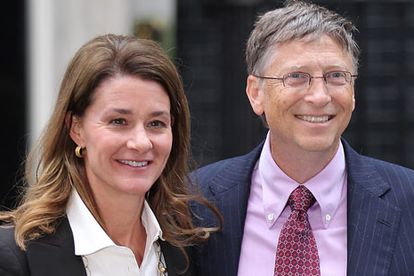 In an interview with the Mail & Guardian’s Amy Green, Bill and Melinda Gates were quizzed on their predictions for Africa on everything from economics to agriculture.

While mostly positive on most all countries, there are those who’s track-record is pretty sh*t and who don’t seem to be doing any better now.

Somalia, Mali, the Central African Rebublic and the (not so)Democratic Republic of the Congo are coined as the continent’s bad apples — you know you really have to screw up if you get classed as a bad apple in Africa. Almost all of these tick the ‘failed state’ boxes in terms of what you need to be lost and gone to the world; stability, infrastructure, education… pretty much the same stuff that plagues all other African nations, but to a lesser extent.

Gates went on to say that “there are many countries in Africa which are moving up and getting better. Typically, although Somalia is kind of the exception, the sea board countries, because they can engage in trade and build up infrastructure they tend to do better than landlocked countries.”

GMO foods also made it into the interview, with Gates clearly showing his support for a nation’s individual rights to decide on whether to grow GMO foods, which would make sense as new research suggests that GMO foods have no real impact on health at all… if 29 years of research and over 100 billion animals are anything to go by.

This is an excerpt from a Forbes magazine report published late last year: “University of California-Davis Department of Animal Science geneticist Alison Van Eenennaam and research assistant Amy E. Young reviewed 29 years of livestock productivity and health data from both before and after the introduction of genetically engineered animal feed.

The field data represented more than 100 billion animals covering a period before 1996 when animal feed was 100% non-GMO, and after its introduction when it jumped to 90% and more. The documentation included the records of animals examined pre and post mortem, as ill cattle cannot be approved for meat.

What did they find? That GM feed is safe and nutritionally equivalent to non-GMO feed. There was no indication of any unusual trends in the health of animals since 1996 when GMO crops were first harvested. Considering the size of the dataset, it can reasonably be said that the debate over the impact of GE feed on animal health is closed: there is zero extraordinary impact.”

Right folks, so in a nutshell… Africa is fine, GMO’s are ok and we need to focus on building accountable governments to combat the rot in central Africa. Let’s do this!