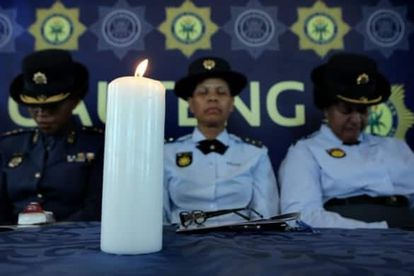 Research by the organisation in its latest South Africa Survey found a significant decrease in murders over the past 20 years: between 1994 and 2004, 1 970 police officers were killed, while between 2005 and 2014, 945 lost their lives.

Kerwin Lebone, a crime analyst for the IRR, said before 1994, the police’s primary role was seen as “defending the government of the day”, making them a “legitimate target for political attacks”.

It was a concern, he continued, that 46% were killed while attending to complaints, possibly indicating a “sloppy attitude among officers when approaching potential crime scenes”.

Communities ‘catch their own criminals’

He compared the country’s police murder rate to others which kept records. The UK had less than four murders per annum, Germany six and France five.

The US had 50 police murders per year, which he described as a modest figure given that its population far exceeded SA’s.

The institute said it deduced that police killings decreased as the country’s murder rate declined.

Private security also became the first responders in many areas, and communities increasingly started to “catch their own criminals” before handing them over to the authorities.

Police and Prisons Civil Rights Union (Popcru) spokesperson Richard Mamabolo said in the past, SAPS showed no clear initiative to deal with the attacks on its members.

“There was no clear plan for the police officers on the ground and no strategy to deal with it,” he told News24.

“Police complained over a lack of officers, support, resources and not enough backup. Now, through proper leadership unfolding, we are able to try and resolve these issues.”

It is not enough to tell an officer to be cautious of their surroundings, Mamabolo insisted.

“There needs to be a better relationship between our communities and the police. It is important that relations are improved, as the public would be more willing to report whatever information they have to a service they trust.”