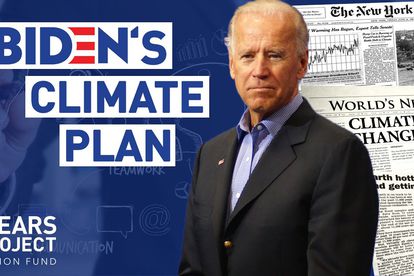 The administration of President Joe Biden on Tuesday announced it would restore safeguards in a cornerstone environmental law weakened under Donald Trump — including a duty to assess the climate impacts of proposed infrastructure projects.

The changes concern the National Environmental Policy Act (NEPA), which was enacted by Congress in 1969. Rules about how it was applied were tweaked in 2020 by the then Republican president, an ardent supporter of the fossil fuel industry.

“Patching these holes in the environmental review process will help projects get built faster, be more resilient, and provide greater benefits to people who live nearby.”

The restorations include a requirement that federal agencies evaluate both the direct and indirect impacts of projects, including by assessing climate change impacts and the consequences of releasing additional pollution in communities already affected by air pollution and dirty water.

It will also allow agencies to work once more with local communities to devise alternate plans to minimize environmental and health harm, and establish NEPA regulations as the floor, rather than the ceiling, for environmental review standards — paving the way for stricter measures if needed.

The White House said it was also working to further broaden the scope of NEPA and would announce more changes soon.

Reacting to the announcement, Leslie Fields of the environmental group Sierra Club said: “We are encouraged to see the Biden administration take action to restore this bedrock environmental protection.

“NEPA plays a critical role in keeping our communities and our environment healthy and safe, and Donald Trump’s attempts to weaken NEPA were clearly nothing more than a handout to corporate polluters.”

The move comes days after the Biden administration was slammed by critics for announcing a resumption of oil and gas leasing on public lands, violating the Democrat’s campaign promise.

On Friday, the interior department said it would post notices “for significantly reformed onshore lease sales” across roughly 144 000 acres of land.