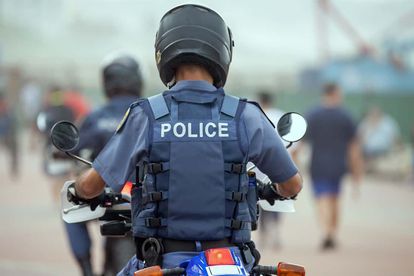 Police Minister Bheki Cele and National Police Commissioner General Khehla Sitole have made good on their promise to promote over 69 000 police officers overdue for post regrades.

Tabling the South African Police Service’s 2018/19 budget vote, Cele and Sitole vowed to roll out the process over the next three financial years.

“We made a commitment with management to say that we will be working on promoting those people in the cycle of the next three years. We committed that in this financial year, we’ll promote 28 000 of them. In three years, they would all have been finalised and thereafter go into a normal cycle of promotion. We’ll try hard not to have this kind of situation where people are stagnant and don’t grow,” said Cele.

In total, 69 219 members within grades five and seven were long overdue for progression considerations.

“We are pleased to announce the grade progression of members in the service. There will be a regrading of certain categories, which will increase the number of people promoted,” the Minister said.

The process emanated from Human Resource strategies of the SAPS to ensure that employees of the service are rewarded in accordance with the reward strategy. The strategy, Cele said, is also aimed to ensure that their services are retained in support of the retention strategy.

Sitole has approved the promotion of 2 996 employees to posts advertised for promotion up to the level of colonel, with effect from 1 December 2018.

“Over and above the 28 000, we then have grading in respect of the special task force (graded to warrant officer), counter assault team (same grade), national intervention unit and tactical response team (graded to sergeant). Then we have the protectors, which will have two gradings. Close protectors will be on warrant officer level (entry) and static protectors at sergeant level,” he said.

He said the regradings were effective 1 November.

“Beyond this process, we are also going to design a formal promotion strategy,” Sitole said.

Cele and Sitole said promotions were achieved through extensive engagement and collaboration with the South African Police Service’s social partners, which are the Police and Prisons Civil Rights Union (POPCRU) and South African Policing Union (SAPU).

“The upward progression of the lower level Police Act personnel to a higher grade (salary level) within a defined career path [is in line] with the employee acquiring and demonstrating the required competencies and skills to perform the job. This is the first of three phases of promotions and salary grading, which we hope to finalise by the year 2021,” Sitole said.

Cele cautioned that these promotions are not a quick fix to the top.

“Joining SAPS should be seen and promoted as a career of choice. We are calling on the management to follow due process during the promotions and ensure deserving members are promoted in the near future,” said Cele.

Unions back the promotions

Both POPCRU and SAPU welcomed the move.

POPCRU President Zizamele Cebekhulu said the union was glad that union were included in the process.

“The SAPS is a labour intensive organisation, therefore our priority becomes the human capital of this department. We drafted a plan for further promotion and regrading processes, going to every member of the SAPS.

“We are happy with the decision and the thinking of those who lead us for understanding that its police officers who face challenges. We feel members will appreciate what is being offered to them,” he said.

SAPU Deputy President Tumelo Mogodiseng saluted Cele for leading the process, saying the programme would have not been implemented had it not been for his leadership.

“We are not happy that a member can spend 11 years in one rank. We want to call upon the National Commissioner to speed up this strategy so that our members can be promoted,” he said