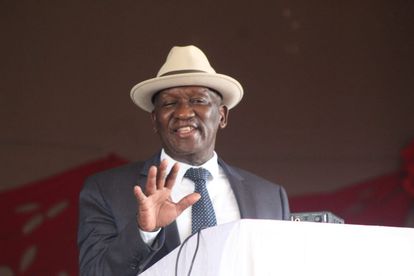 According to reports, on Monday, one person was shot dead at the Chicken Farm informal settlement. Operation Dudula members were also reportedly hurt during the incident.

Cele is expected to receive a full briefing from Gauteng Provincial Commissioner Lieutenant-General Elias Mawela on the shooting incidents.

They are also expected to outline a workable solution to the growing illegal activities that are sighted as possible motives for the violent  confrontations and deadly shootings.

Xenophobic tensions are on the rise in South Africa, and violence in Soweto townships such as Pimville and Diepsloot have brought the communities to the brink.

Recently, seven SA nationals were murdered. This prompted something of a witch-hunt. A group of locals took their frustrations out on a Zimbabwean immigrant. Elvis Nyati was brutally attacked, before being set on fire and killed, allegedly.

A number of political parties and public figures have weighed in on the ongoing tension between South African nationals and immigrants in Gauteng townships, especially in Soweto.

Ramaphosa scoffed at the idea that people carrying out anti-migrant attacks are patriots, and instead labelled those behind the violence – including Operation Dudula members – as ‘immoral, racist, and criminal’.

“We have seen people being stopped on the street by private citizens. We have seen some political leaders making unscientific statements about immigrants to exploit people’s grievances for political gain. We have seen marches being led on people’s homes. People are being attacked, even killed due to their looks or accents.”

“Attacking those we suspect of wrongdoing merely because they are a foreign national is not an act of patriotism. It is immoral, racist and criminal. In the end, it will lead to xenophobia, whose consequences we have lived through in previous years. But in the main the people of South Africa are not xenophobic.”