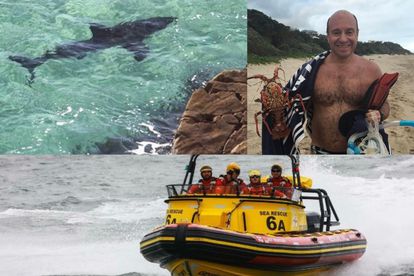 The man who was killed by a shark at Plettenberg Bay has been identified as Bruce Wolov, a beloved father who was passionate about the ocean.

THE BELOVED FATHER WAS REMEMBERED FOR HIS PASSION FOR THE OCEAN

“We will remember him as a loving husband, our dad and friend who was taken from us far too soon, while doing what he was passionate about.”

THE MAN SUSTAINED FATAL INJURIES IN A SHARK ATTACK

“On arrival on the scene, the body of a male, believed to be a local man, was located and recovered from the water, at the back surf line, onto an NSRI rescue craft. The body was brought to the NSRI Plettenberg Bay rescue station.”

THE MAN WAS DECLARED DEAD BY A DOCTOR

“Sadly, injuries sustained are fatal, and the man was declared deceased by the doctor.

The Bitou Municipality has closed beaches in Plettenberg Bay.

“NSRI and Bitou Municipality are appealing to sea users – bathers, paddlers, sailors, and boaters – in Plettenberg Bay and along the Southern Cape coastline to exercise caution following this fatal incident.”

BEACHES IN PLETTENBERG BAY CLOSED AFTER THE ATTACK

Last month bathers, surfers, paddlers, kiteboarders, and bodyboarders were warned to exercise caution due to the increased inshore shark activity along the southern and Eastern Cape coastline.

The NSIR and local municipalities issued the alert.

“A large shark was spotted in the breaking surfline at Secrets Beach across Commercial Marine. Surfers cleared the water without incident,” said Lambinon.

AN ALERT WAS ISSUED LAST MONTH DUE TO INCREASED SHARK ACTIVITY

“In co-operation with local municipalities, we are appealing to the public to exercise caution along these stretches of coastline due to the noticeably increased shark activity,” said Lambinon.