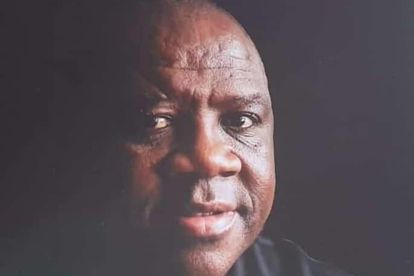 Dr. George Koboka, a beloved doctor, was cold-bloodedly shot in his head and chest by a group of bandits in his Diepkloof surgery. Photo: Facebook

Dr. George Koboka, a beloved doctor, was cold-bloodedly shot in his head and chest by a group of bandits in his Diepkloof surgery. Photo: Facebook

A beloved doctor of Diepkloof, Dr. George Koboka, was cold-bloodedly shot in his head and chest by a group of bandits in his Diepkloof surgery.

WHAT HAPPENED ON FRIDAY AFTERNOON?

According to police spokesperson Lieutenant Colonel Mavela Masondo, the murder happened on Friday at approximately 14h00.

“More than four armed men entered the surgery and proceeded to the doctor’s consultation room, where they allegedly shot the doctor. The doctor was rushed to hospital, where he, unfortunately, succumbed to gunshot injuries.”

DR. KOBOKA DIED AFTER HE WAS RUSHED TO HOSPITAL

He said police immediately launched a manhunt for the suspects who were driving in a minibus Toyota Quantum, resulting in three being arrested in Soweto.

“Three suspects, aged 23, 28, and 33, were arrested a few hours after the doctor was gunned down, and they are expected to appear at Magistrates’ Court in due course, facing charges of murder.”

Masondo said the search is still on for the rest of the group that is still at large.

“The arrested suspects might be linked with the business robbery that happened at the same surgery on the 16 March 2022 where cellphones and cash were taken from the patients and employees.”

Police are appealing to anyone who may have information that can help with the investigation or lead to the apprehension of the remaining suspects to please call the nearest police station or crime stop line on 08600 10111.

The Pan Africanist Congress said in a statement witnesses say the criminals were the same gang of four that had robbed patients of their cellphones, watches, and cash on 16 March 2022, at the surgery.

“Dr. Koboka chased them in his car and managed to identify their car, a white Toyota Quantum without number plates, as they sped off towards Diepkloof hostel. The suspect was released soon after questioning. The same group is alleged to have returned again on Friday to finish off Dr. George Kokoka.”

The PAC said it insists that crime syndicates are handled with kid gloves by the government.

KOBOBA CHASED THEM AND IDENTIFIED THEIR CAR

“They are growing into a public menace gone out of control because public safety does not exist where it matters most – in places where criminals have a free hand.

“The loss of Dr. George Koboka is but one where many die without their killers being found and brought before the courts.”

‘THE GROUP RETURNED TO FINISH HIM OFF’

The PAC sends condolences to his family, relatives, and community of Africanists.

Koboka was a PAC member and former PASO leader at Medunsa campus between 1993 and 1997.

ALSO READ: Hefty sentence for the rapist and murderer of young George mother