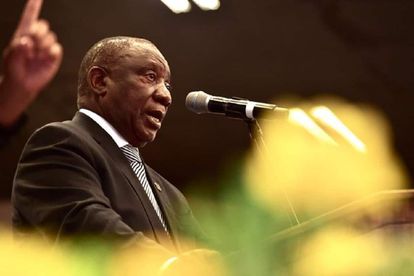 The president was speaking at Business Unity SA’s (Busa) second annual Business Economic Indaba (BEI) on Tuesday 14 January, and announced that, in December 2019, the government had come up with a new trajectory of allowing self-generation in the energy sector.

Legalisation for companies, households to generate own electricity

Addressing about 400 business leaders in Sandton, Ramaphosa acknowledged that the government was starting to appreciate that self-generation, especially renewable energy, was part of the future that should be embraced.

He said he is giving government the approval to start drafting legislation that will allow companies and households to generate their own electricity.

“And for the first time we are now saying, ‘Let us have self-generation’. As we move forward, we are beginning to address all those policy issues that have introduced uncertainty and inconsistency.

“We now opened up a new era in the history of our energy resource generation, if you like, that says we now are embracing the fact that there are those companies, even families or households, that want to generate their own energy.”

During his speech, the president shared that that one of his neighbours had already installed solar panels on the rooftop of his house and had told him in a telephone conversation that, if allowed, he would sell his surplus power back to Eskom.

According to the Mail & Guardian, South Africans eager to generate their own electricity and sell it back to the grid are taking steps towards this. In May 2019, Energy Minister Jeff Radebe reportedly ordered national energy regulator Nersa to issue licences to small-scale power producers.

For now, homes can install power panels to reduce their reliance on Eskom.