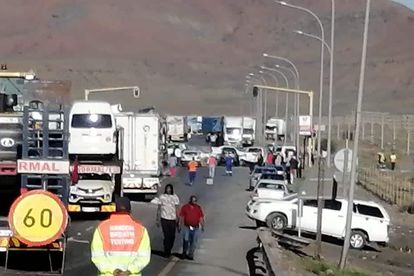 The community of Beaufort West has retaliated against the cancellation of the town’s school bus service by blockading the N1 inbound, causing a backlog of traffic.

Beaufort West: Why are residents protesting?

On Thursday morning, motorists making their way into Cape Town via the N1, were halted at Beaufort West. According to reports, residents — after a community meeting on Wednesday evening — decided that the best course of action to send a strong message to the local government, was to halt one of the busiest, and most important, routes in the province.

#Protest Beaufort West residents have blockaded the N1 (Cape Town direction) following a community meeting last night regarding the cancellation of Scholar Transport in the area. The N12 turnoff towards Oudtshoorn has also been closed for traffic #sabcnews pic.twitter.com/Ft4jhnV9eV pic.twitter.com/7k9m45ZZn4

This, it is believed, was done in retaliation to the Western Cape education department’s (WCED) decision to cancel the Karoo town’s scholar transport.

As reported by IOL News, the WCED cancelled the transport service after realising that many of the pupils in their database, lived within 5km of their respective schools.

The department’s spokesperson Bronagh Hammond explained that, based on the National Learner Transport Policy, the service can only be utilised by pupils living more than 5km away from the schools in Beaufort West.

She indicated that when the application was received for the launch of a scholar transport service in Beaufort West, “there was no bridge/s over the railway line and there were no pedestrian crossings over the N1 roadway”.

Initially, the WCED had approved the request, but reversed their decision after establishing that by July 2019, “a pedestrian bridge had been built over the railway line and that more than one pedestrian crossing exists to cross the N1 roadway”.

“As a result of the changed circumstances, the original reasons for the approval of the institution of the route no longer existed and it was established that all the learners still reside within 5km of their nearest schools.

“The learners therefore no longer qualify to be transported in accordance with the National Learner Transport Policy of the WCED,” Hammond explained.

The parents and school principals in Beaufort West do not agree with the way the WCED has assessed this application. Mandlenkosi Secondary School principal Mluleki Mangqungqa criticised Western Cape Education MEC Debbie Schafer for using an outdated map of the area.

He indicated that the townships in Beaufort West are expanding rapidly and as a result, most pupils had to walk 10km to and from school on Wednesday, a reality that can’t be measured on the map the department used to terminate the scholar transport service.

The community has blockaded the N1 in a bid to have Schafer come out to address their calls for scholar transport. At this time, the WCED has not issued a statement on the protest.

At the time of publishing this article, the N1 inbound traffic was halted. The N12 turnoff towards Oudtshoorn was also closed for traffic.

Law enforcement officers have been deployed to the area to monitor the movements of the protesters.