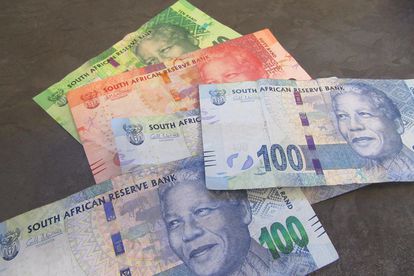 The ANC says the Basic Income Grant is on the cards. Image: Pixabay.

The ANC says the Basic Income Grant is on the cards. Image: Pixabay.

ANC Social Transformation Subcommittee chair, Lindiwe Sisulu has confirmed that the Basic Income Grant (BIG) is on the cards.

Sisulu was speaking at the ANC’S 6th National Policy Conference which started on Friday and was held in Nasrec, Johannesburg.

BASIC INCOME GRANT ON THE CARDS

Research on the Basic Income Grant was done a while back but was never implemented.

Earlier this year, Human rights organisation, Black Sash called for the R350 SRD grant to be increased, improved and expanded.

The organisation has been on the forefront along with other organisations who urged for the R350 SRD to be extended beyond the initial deadline and called for a universal BIG.

Sisulu said they had several meetings with the Treasury to see whether or not it is possible within the resources that government has to introduce the BIG now.

Sisulu said the BIG is on the table and they are waiting for the Finance Minister to give the grant the greenlight. It is something that would have to be effected within the budget.

“He is trying to work out how we can make sure we have this as an ongoing method to ensure that our people who don’t have means will be supported by the state,” Sisulu said.

As previously reported, Black Sash said the benefits of the R350 SRD grant cannot be underestimated.

“It is crucial that the government addresses the glaring gaps in the current social assistance framework for the unemployed. In line with this, a permanent Basic Income Support programme for those aged 18 to 59 years with little to no income must be implemented before the R350 SRD grant is terminated in March 2023.

“Poverty, inequality and unemployment are not mere challenges, they are the most profound crisis confronting democratic South Africa.  A comprehensive response to our socio-economic crisis should include effectively implementing job creation programmes, creating an enabling environment for job creation to flourish, and providing quality basic services in conjunction with permanent basic income support.”

ALSO READ: Basic Income Grant for SA ‘will be worth over three times more’ than R350 grant