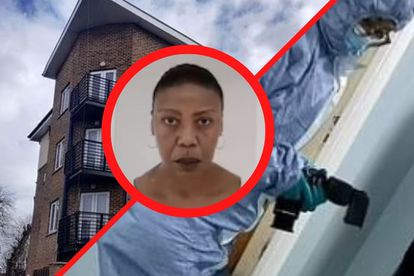 How is it possible for a woman to lay DEAD in her flat for over TWO YEARS without anyone noticing? Why is it that no one became suspicious about her unpaid rent or gas bills?

AUTHORITIES QUESTIONED AFTER SHEILA WAS FOUND EARLIER THIS YEAR

These are the questions that residents want authorities such as the housing association and police to answer.

According to a report by the Daily Mail UK, neighbours had first complained of a ‘horrific stench’ coming from Sheila’s flat to housing association Peabody in October 2019.

The report furthermore stated that protestations continued for more than two years, with one resident claiming to have contacted the housing association at least 50 times. Police finally forced entry in February this year.

The remains of Sheila Seleoane, 58, were found two and a half years after she was last seen alive in August 2019.

Police twice decided not to break into a flat where a medical secretary lay decomposing for two-and-a-half years and even mistakenly claimed she had been seen ‘safe and well’ despite having already been dead for at least 14 months by then, an inquest heard.

A detailed timeline released by Harriet Harman’s office, the Labour MP for Camberwell and Peckham, reveals messages between tenants where they question ‘Is she dead?’ as early as June 2020.

Sheila had not been seen since August 14, 2019, when she spoke to her GP to organise an appointment for the following day, which she failed to attend.

REPORTS OF MAGGOTS AND FLIES WERE IGNORED

Her bank records show that her last ‘active’ transaction was that month after she paid her rent to the Peabody Trust via debit card.

In a new detail, the woman living below her flat reported to the neighbourhood manager that maggots and flies were entering her flat from Sheila’s windows as early as September 2019.

She was told by Peabody however that their pest control ‘don’t deal with maggots’.

Meanwhile, a coroner at Southwark Coroner’s Court was set to start an inquest into Sheila’s death earlier this week.