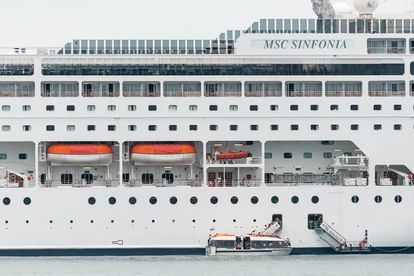 Despite Finance Minister Pravin Gordhan’s call for austerity from government departments during the budget speech, the eThekwini Municipality will be sending 40 councillors on a cruise, which will cost the taxpayer R160 000.

The municipality is sending a delegation on a three-day trip on board the luxurious MSC Sinfonia at the weekend.

Iol reports that 40 councillors who serve on the city’s economic development and planning committee have been invited on a so-called “cruise conference”.

The municipality are deending the trip saying that the conference will be useful for the cit’s cruise industry.

The DA, with nine councillors on the economic committee, said they will boycott the trip as they view it as a “free holiday”.

City spokeswoman Tozi Mthethwa told The Mercury: “Due consideration had been taken of the cost and a cost comparison was done.

“It should be noted that the cost per person is in comparison to the total cost of municipal representatives travelling to Johannesburg to attend a conference for the day,” she added.

The venture is a collaboration between the eThekwini Maritime Cluster, the municipality and Tourism KwaZulu-Natal, all of them government entities.

During his State of the Nation address, President Jacob Zuma indicated that the government would curtail overseas trips, spending on catering and conferences, and lavish dinners.