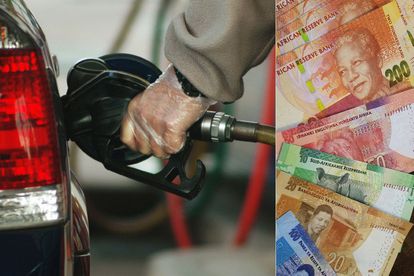 The Energy department confirmed that even without a fuel tax holiday, there will still be a sizeable reduction in fuel prices. Photo: Chris Bartley and Life Projects / Flickr

The Energy department confirmed that even without a fuel tax holiday, there will still be a sizeable reduction in fuel prices. Photo: Chris Bartley and Life Projects / Flickr

Although the fuel tax holiday is set to come to an end on 2 August, the Mineral Resources and Energy Department has confirmed that there will still be a ‘sizeable reduction’  in fuel prices.

Department confirms a sizeable reduction in costs with an announcement expected

“The Department can confirm that there will still be a sizeable reduction in fuel prices including paraffin for South Africans. A formal announcement in this regard will be made by the end of the week,”

Speaking further about a price cap for 93-octane petrol, the Department stated that this will allow fuel suppliers who can pass the benefit to consumers to do so. The Department does not expect any disruptions in the fuel market explaining that 93-octane petrol only accounts for a small portion.

In terms of the reduction of international petroleum product prices, the Department welcomed this.

“By close of business yesterday, 25 July 2022, the price of Brent Crude oil was hovering around 105 US dollars per barrel, a reduction on average of about 10% compared to the average price for June 2022,”

In related news, it was previously reported that unaudited data released by the Central Energy Fund points to a R1.89 decrease for 95 unleaded petrol in August. The official announcement of August’s petrol prices is expected to come in next week with the rand-to-oil price interactions also having a bearing on the final fuel prices in SA.

IOL reports that lower prices in oil have been pushing up the average over-recovery by more than 10 cents a day. This means that a price decrease closer to R1.40 could be a possibility IF all stays the same by Friday. Read the full story here.