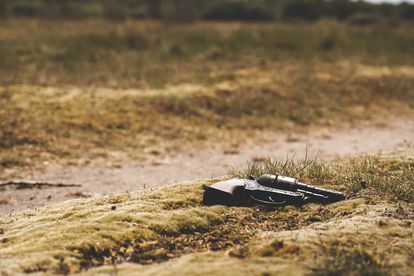 It’s every guest house owner’s nightmare. Just as the hospitality and tourism struggles to get back on its feet following the economic devastation of lockdown, comes news of an attack on five guests at a bed and breakfast near the town of Addo, about 70km outside Port Elizabeth.

Two guests were injured, several items stolen, and a manhunt has now been launched for the five suspects who struck on Friday night.

Guests were at the braai

According to reports, the guests at the unnamed B+B were sitting around the braai area just after 8.30pm when one guest noticed a group of balaclava-clad men crawling along the ground towards them and shouted an alarm.

One of the suspects then started shooting and a bullet struck the victim in the upper body.

“During the mayhem, a second victim sustained a minor injury after one of the bullets grazed his thigh,” SAPS spokesperson Sergeant Majola Nkohli said.

The suspects managed to steal a laptop, a wallet, a handbag and a cellphone before fleeing the scene on foot.

Police are now investigating two counts of attempted murder and a charge of house robbery. Anyone with information that could lead to the arrest of the suspects has been urged to contact the Addo Detectives standby number (Serious Violent Crimes) at 082 319 9223.

This is not the first time that guests at a B+B in the Addo area have been attacked.

In 2011, two British tourists were threatened with a crowbar and a rock, and three men were subsequently arrested.

The year before that, the gang-rape of a young German tourist made headlines around the world after she and her cousin were attacked at a guest house near the famous Addo Elephant Park.

Daily devotion: Your bible verse and prayer for 07 December 2022