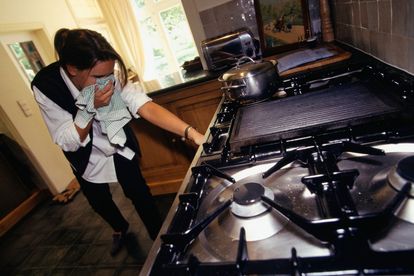 Approximately 170 people were assessed, at least 60 of them hospitalised, following a suspected gas leak at a university’s student residence in Parktown.

WHAT HAPPENED ON SUNDAY EVENING?

ER24 spokesperson Russel Meiring said ER24, City of Johannesburg EMS and other services were called to the scene shortly before 18h00 after numerous students complained of shortness of breath.

“On arrival, emergency workers found that numerous students aged 18 and upwards had already evacuated the buildings and were now crowding the sidewalk and street.

“Medics set up a triage area and began to tend to the patients, assessing approximately 170 people,” he said.

Meiring said after the assessments, medics transported roughly 60 patients to nearby hospitals in the area.

PARAMEDICS ASSESSED 170 PEOPLE ON THE SCENE

“The remaining patients declined further treatment or transportation to a hospital.

“The exact details surrounding this incident are unknown, but local authorities were on the scene for further investigations.”

It is not yet clear what university or residence it is.

WHAT TO DO IF YOU SUSPECT A GAS LEAK?

The first step to responding to a gas leak is to detect it and this can be done in the following ways:

A gas leak can also make you and anyone else in the area feel sick. The following are ways that the body responds to a gas leak:

Should you be experiencing these symptoms inside the house but you feel better when you are outside in fresh air, then you may have a gas leak.

It’s also important to remember that these symptoms overlap with those of carbon monoxide poisoning, which can be fatal.

If you have any of these symptoms or if you suspect carbon monoxide poisoning, please seek medical attention immediately.

ALSO READ: Learner stabbed to death by another learner during fight at KZN school