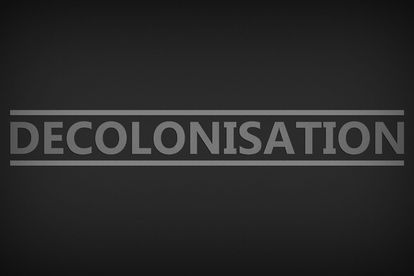 Frantz Fanon, the Martinique-born psychiatrist, philosopher, revolutionary and leading pan-Africanist, would have been 97 on 20 July 2022.

He left a remarkable imprint. His views influenced many in the field of mental illness as well as pan-Africanist thinkers and anti-colonialism and black liberation campaigners.

Fanon’s wide-ranging interests can be gleaned from his writings on numerous subjects including politics, psychiatry and even sports. Six articles from our archives attest to Fanon’s influence and legacy.

Fanon highlighted how, by institutionalising patients, psychiatric hospitals tended to further alienate them from their communities. It also became clear to him, while working as a psychiatrist in Algeria between 1953 and 1956, that patient integration was impossible in colonial societies.

Decolonial thinking is often associated with literature from the late 1990s and early 2000s. Yet the scholarship goes back much further, and has no shortage of impressive exponents from the global south. Among these, Fanon enjoys preeminence.

Fanon played soccer from a young age and it became part of his life. As a psychiatrist, he even attempted to use soccer as part of therapeutic interventions for patients. His views on the sport mirror his damning eloquence against colonial and capitalist exploitation.

One of the seminal moments in the anti-colonial struggle and the history of pan-Africanism was the All-African People’s Conference in Ghana in 1958. Ghana was then the only African nation to have achieved independence from colonial rule. When Fanon rose to speak, not many knew who he was. But what he said that day inspired many with its militancy.

Fanon wrote a number of books and articles. The best-known of these is arguably The Wretched of the Earth, published months after his death in 1961. A book published in 2021 to mark the 60th anniversary of the global classic features his most important quotations, which continue to resonate today.

As fate would have it, Franz Fanon and Nelson Mandela, among the best-known proponents of African liberation, were born in the same week in 1918 and 1925, respectively. Mandela’s birthday, which is celebrated globally, falls on 18 July. Fanon’s is two days later, on 20 July. The two great men have one more thing in common: they both admired and were hugely influenced by the Algerian revolution of the 1950s.