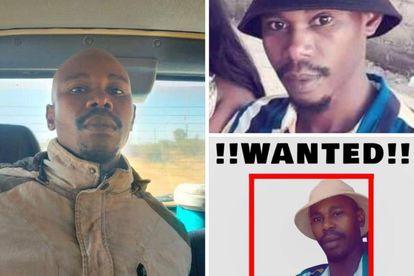 Kenneth Debeila handed himself over to the police after being on the run for the alleged murder of his girlfriend and daughter. Photo: Supplied

Kenneth Debeila handed himself over to the police after being on the run for the alleged murder of his girlfriend and daughter. Photo: Supplied

Alleged killer, Kenneth Debeila ‘MaJozi’ from Nellmaphius, Pretoria handed himself over to the Lebowakgomo police on Monday after being on the run for almost three months.

Police confirmed this on Tuesday and that Debeila (31) appeared before the Pretoria Magistrates’ Court.

In March, police launched a manhunt for Debeila after he was accused of killing his girlfriend and daughter.

Itumeleng Beverly Makhura and her daughter Tshepang were found dead at Debeila’s house in Nellmaphius in Dimakatso street.

Beverly was found under the bed while Tshepang was found on top of the Debeila’s bed on Sunday 20 March.

Since then police have been looking for Debeila until he handed himself over recently, police spokesperson Warrant Officer Isaac Mculu said.

According to National Prosecuting Authority spokesperson, Lumka Mahanjane, Debeila appeared before the court on Tuesday.

“The matter was postponed to 21 June. He has also requested Legal Aid.”

Meanwhile, police left no stone unturned in searching for the Debeila. They turned to any potential witnesses who may be able to help them in their investigations.

Details of the case:

ALSO READ: Gauteng cops looking for suspect who killed girlfriend AND an 11-year-old