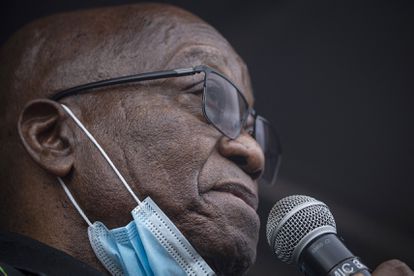 The National Prosecuting Authority (NPA) has confirmed that former president Jacob Zuma’s legal team has filed his medical report with the High Court in Pietermaritzburg.

The court had given Zuma’s military doctors until Friday, 20 August 2020, to make submissions but his legal team failed to hand over the medical report, as required by the same court.

The former president underwent several medical procedures last week and is still receiving care at hospital. He was admitted for an undisclosed medical condition.

“I can confirm that Mr Zuma’s legal team has filed a medical report that relates to his state of health. It is a confidential document and we will make no further comments until the matter is heard in court,” NPA spokesperson Mthunzi Mhaga said.

Zuma is currently serving his 15-month prison sentence at the Estcourt Correctional Centre in Kwazulu-Natal (KZN).

Zuma’s hospital admission posed a delay to his arms deal trial as another date had to be set for resumption. The NPA has lawyered up and is challenging the former president’s bid to have the prosecutor in the case, Billy Downer recuse himself.

The High Court in Pietermaritzburg ruled that a state doctor could be roped in to examine Zuma’s health condition and determine whether or not he is fit to stand trial.

Mzwanele Manyi, the spokesperson for the Jacob Zuma Foundation expressed his outrage over the scrutiny of his health.

“President Zuma is not in some spaza shop medical environment. He is in a government run hospital. We cannot have a situation in this country where a hospital that is state run, when it pronounces that somebody is not well, some private individual who’s got some mysterious agenda to come and second guess that, is insulting the professional integrity of the doctors that are dealing with president Zuma,” he said.

Zuma faces 16 charges of fraud, corruption, racketeering, and money-laundering related to the controversial multi-billion rand arms deal in the late 1990s. The former president is alleged to have received 783 suspicious payments to the tune of R1.2 million from French arms manufacturer Thales, through his disgraced former financial advisor Shabir Shaik.