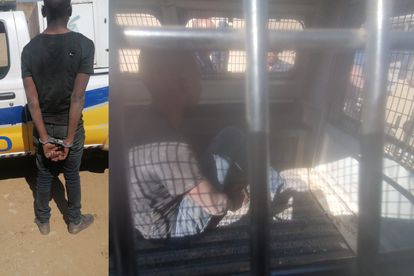 An armed business robbery suspect will be facing the music alone after he was left behind by his crew earlier today, Friday, 2 September.

The suspect was apprehended, and a firearm recovered from him following the business robbery which occurred at about 8:30am at a shopping centre in the East Rand.

“It was shortly after the despatch centre received a complaint of a business robbery in progress at the mall when members of the EMPD Northern Region responded and swiftly closed in on the suspects,” said EMPD spokesperson Lieutenant Colonel Kelebogile Thepa.

A WITNESS DETAILS WHAT TRANSPIRED

“A witness alleges that over 12 suspects entered and robbed the store of an undisclosed amount of money,” she added.

She went on to explain that upon arrival, the metro police forced a change in the scenario, where two vehicles suspected to be used in the commission of the crime sped off while the perpetrators ran on foot.

“The EMPD gave chase to the suspect who was in possession of the firearm.”

She further explained that an exchange of firing shots ensued, with nobody getting injured during the shootout.

The armed business robbery suspect was apprehended at Emfuyaneni section after he attempted to hijack a minibus.

He got locked up while the other suspects are still at large.

The community has been urged to come forward with any information that can assist to bring these criminals to book.

ALSO READ: Customers NOT killed but tied up during tavern robbery

STERN WARNING FROM THE COMMANDER

“City of Ekurhuleni is no place for ‘chance takers’, and those involved will be found and brought to face the full might of the law”, said the commander in charge of the region

This armed business robbery suspect was charged with business robbery, possession of an unlicensed firearm and ammunition, with a probative value of more charges to be added.

He is expected to appear in court soon.