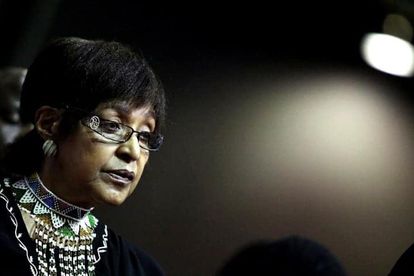 The ANC has lost two of its most prominent members since the month of April started. In saying goodbye to Winnie Mandela and Zola Skweyiya, South Africa is letting go of two fallen heroes.

Both played such vital roles in bringing down apartheid. But each respective loss compounds the other. In fact, it has got to the point where people have been asking questions about April itself.

The ANC have something of a chequered relationship with the fourth month of the year. It’s been famous for events which have majorly hurt the party or claimed the lives of its representatives.

So, just how bad has April been for the ANC? We had a look back over the years. It seems that the Ides of March have nothing on their successor:

ANC and April – A horrible history:

This act kept black citizens segregated from whites and banned them from travelling freely to certain places in the country.

The National Party were somehow even more vile than their predecessors, the South African Party. Their election saw a more extreme era of apartheid politics ushered in.

Whilst awaiting the outcome of a criminal case against him, the fierce anti-apartheid activist and ANC stalwart was forced underground. He fled South Africa, before being brought back for trial three months later.

So begins a tragic spate of deaths that seem to plague the ANC in the month of April. A hand grenade under her pillow exploded, claiming Smith’s life instantly.

13 April 1992 – The Mandelas announce their divorce

Sad, sad times for the couple who embodied South Africa’s resistance to the racist regime. They went public about their decision in 1992, but the divorce wasn’t finalised for another four years. Eish, the most really happens in this month hey?

Hani was assassinated by a far-right Polish immigrant, who borrowed his murder weapon from Conservative Party MP Clive Derby-Lewis. The anger this killing caused almost plunged SA into chaos.

The great leader of the revolution and former ANC President died of a heart attack in 1993, just days after the country lost Hani.

No change in the 21st Century…

Initially consigned to five years in jail, a court of appeal changed her sentence to a suspended one, of three-and-a-half years. Mandela maintained her innocence but was forced to resign from all political positions she held.

Could it all have been ended before it even started? Magistrates dropped criminal charges against Jacob Zuma in the infamous spy tapes case, following a botched attempt at gathering evidence by the prosecution. Zuma was off the hook and free to preside over the ANC. Was this a move that ultimately hurt the party?

“Mama Winnie” became another victim to the callous hands of April. Her passing was confirmed on the afternoon of Easter Monday.

One of the most dignified, well-respected members of the party was confirmed dead on the morning of 11 April. Skweyiya served two decades in government, after being an integral part of the battle against apartheid.

It’s not all bad news…

April certainly has its traumas for the ANC. But there have been some genuine party successes, too. In 1944, the ANC Youth League was founded. The 74-year institution has been able to give its youngest members the chance to form their democratic identity over the years.

April is, of course, the famous month when the ANC first won a democratic election in 1994. Not only that, but we have our Freedom Day celebrations on the 27th, to honour all those who made a democracy possible in this country.

So there has certainly been a darkness in the party’s autumnal periods. But, in a conciliatory fashion, there is usually light at the end of the tunnel.