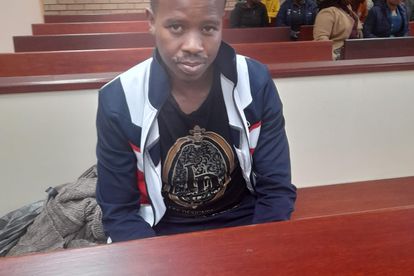 ‘Apostle’ Hlumelo Dywili,35, lured women on Facebook by promising jobs which did not exist. PHOTO: Hawks

‘Apostle’ Hlumelo Dywili,35, lured women on Facebook by promising jobs which did not exist. PHOTO: Hawks

An Eastern Cape ‘Apostle’ who lured his victims on Facebook by promising fake jobs has been convicted for four counts of rape and more other charges on Monday.

Hlumelo Dywili, 35, who ran Apostle Hlumelo Dywili Ministries in the Eastern Cape targeted women by using his Facebook account. Four women aged between 20 and 24 had fallen victim to the Apostle’s ploy.

Using his Facebook, he told his victims that he was going to offer them jobs, which turned out to be non-existent, said Hawks spokesperson Captain Yolisa Mgolodela.

One of his victims had travelled from Cape Town and the other three were fetched in Mthatha, according to EWN.

The self-proclaimed apostle also used the Inkonjane community radio station in Flagstaff. Going on air, he purported to be an anointed prayer warrior who helped people to get healing and solutions to daily life struggles.

Many of his followers gave testimonies of the apostle’s ‘divine powers’. They insinuated that he helped them with solving their health and general life problems, said Mgolodela.

POLICE POUNCE ON THE ‘APOSTLE’.

But a police investigation into the Apostle found that he was actually raping his victims.

He was found to have also compelled and caused a person to witness a sexual offence, said Mgolodela.

“Dywili was arrested in August 2021 by members of the South African Police Service in Bizana and the matter was referred to the East London-based Hawks’ Serious Organised Crime Investigation for extensive probing,” she said.

The ‘Apostle’ made several attempts to be released on bail after his arrest. But he eventually abandoned his bail applications and chose to remain in custody instead pending his trial.

“He has been remanded in custody for more than a year.”

DYWILI HANDED HIS FATE IN COURT

But following the year-long trial, he was finally convicted by the Bizana High Court on Monday.

Dywili was found guilty for counts of rape, two counts of trafficking in persons. He was also convicted on one count of compelling and causing a person to witness a sexual offence.

In his last Facebook post on his church’s page, the Apostle said: “Be vigilant and be strong in faith for our God is mighty in battle. We serve Him, we worship His Majesty, therefore arise Zion.”

The matter is remanded to 30 August 2022 for address on his sentencing, said Mgolodela.