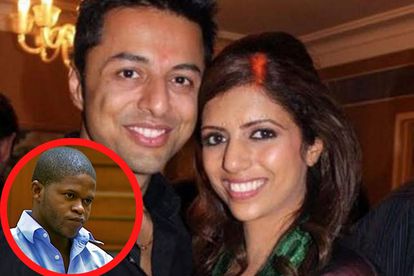 Anni Dewani’s killer released on parole, having served half of his 18-year sentence. Photos: Facebook

Anni Dewani’s killer released on parole, having served half of his 18-year sentence. Photos: Facebook

Anni Dewani’s convicted killer, Zola Tongo, was released on parole earlier this week, having served half of his 18-year sentence.This is shocking!

And this is reportedly after he convinced the parole that he is suffering from a ‘chronic’ illness.

According to a report by the Mail Online, Tongo, who hired the hitmen behind the 2010 killing in Cape Town,is suffering from a ‘chronic’ illness and may have only months to live.

Department of Correctional Services Singabakho Nxumalo denied this on Thursday morning, saying the Tongo was released on NORMAL parole.

“The Department of Correctional Services (DCS) can confirm that the Correctional Supervision and Parole Board has placed inmate Zola Tongo on parole, effectively from 21 June 2022 until 06 June 2028.”

TONGO WAS RELEASED ON TUESDAY

Tongo helped organise the hit on Annie, and he pleaded guilty to kidnapping, robbery, murder, and obstruction of justice.

The 28-year-old Annie, née Hindocha, was found in November 2010 in the back of a taxi in Khayelitsha with a single gunshot wound following a supposed hijacking.

Anni would have turned 40 in March this year.

Tongo had, in his admissions, claimed that Anni’s husband, Shrien, had offered to pay him to organise his wife’s murder during their honeymoon in Cape Town.

Shrien was cleared of all charges in 2014.

Tongo was due to be released from Malmesbury prison on parole in 2020 but was kept behind bars after opposition from Anni’s family.

It is believed Tongo’s parole was granted on a number of conditions, including house detention, a community service order, and a ban on drinking alcohol and taking drugs.

Nxumalo could not yet confirm the conditions.

ANNI’S FAMILY IS OUTRAGED BY THE RELEASE OF TONGO

The release of Tongo has reportedly outraged Anni’a family, who believe he is concealing key evidence and failing to give up the full story.

Anni’s uncle Ashok Hindocha told the publication that he was told that Tongo is suffering from a chronic illness.

“If he dies I will not shed a tear. But I hope that he has a little bit of a conscience and can give us the true story before he goes.

“I doubt if he will do that. But if he’s going to be on his deathbed, he may not have anything more to lose.

‘He may actually help a grieving family by knowing the full story of what happened to Anni. We have only been given half the story and half a trial.”

‘TONGO IS A LOWLIFE CREATURE WHO HAD NEVER SHOWN GENUINE REMORSE’

Hindocha furthermore told the publication that they truly believe there is more information that can be got and that Tongo knows a lot about it.

He described Tongo as a ‘lowlife creature’ who had never shown any genuine remorse.