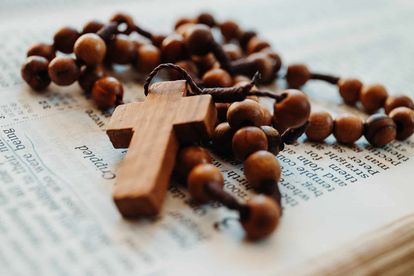 After a three-day church tribunal that concluded on 7 November 2019, a priest has pleaded guilty to charges of sexual misconduct with a church member.

Head of the Anglican Diocese of Pretoria, Bishop Allan Kannemeyer, said he was sad that one of their own, meant to provide guidance and counselling, had opted to take advantage of his authority instead.

Allegations against the priest

According to Pretoria News, the church acknowledged it had instituted the Diocesan Tribunal to deal with allegations levelled against the priest.

It stated that the priest was charged with “sexual assault, sexual immorality, conduct giving just cause for offence, including without limitation, offensive or abusive language, and any inappropriate relationship or activity of whatever nature”.

It also includes charges of fraudulent, corrupt or dishonest conduct. The priest in question is to be suspended for the duration of the tribunal.

Sexual assault according to the victim

The church member told Pretoria News that she repeatedly slept with the pastor against her will, fearing that her refusal would result in her losing her job.

She allegedly met the priest in March 2018 and asked him about a possible job. She was later allegedly told that a post of verger had opened up and she should apply for it – the priest going as far as preparing her for the interview.

After being appointed for the position on 1 June 2019, she said she was given accommodation to stay with a student. She alleged that the priest had sex with her on three occasions, twice at her place and once after work.

“I told him that I did not like what he was doing, but I did not resist. He took advantage of me because he knew how much the job meant to me. I did not want to lose my job.

I never gave him any reason to believe that we had a relationship. I did not give him permission to sleep with me,” she said.

The woman said she reported the matter to her mother who then sought help from the bishop.

However, she alleged that instead of consequences, she was dismissed from her job under false allegations of neglecting church property after two break-ins.

Kannemeyer confirmed that the issue had been brought to the church’s attention earlier this year after which he advised the member to report the matter to the police or their internal proceedings, or opt for both.

Kannemeyer said the victim lodged a complaint with the church, wherein preliminary investigations conducted between July and August revealed a case against the priest.

It was then that the tribunal sitting was decided on and was to be headed by Bishop Charles May, he added.

“The process that occurs with a tribunal is similar to a court process or a disciplinary hearing that would take place as with any other organisation. We had planned to sit until Thursday (8 November 2019) but he (the priest) pleaded guilty.

“He pleaded guilty in the sense that he engaged in a sexual relationship on numerous occasions with the member. What happens now is that a sentence will have to be prescribed,” said Kannemeyer.