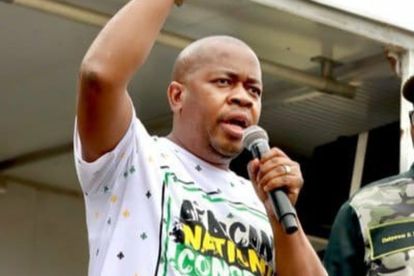 The chairperson of the African National Congress (ANC) in the Ekurhuleni region, Mzwandile Masina, resigned from the party on Thursday.

The ANC in Gauteng had charged Masina after he and his regional executives ignored an instruction from the Provincial Executive Committee (PEC).

The instruction was for the party to withdraw its motion of no confidence against Campbell last month.

The motion went ahead anyway and Campbell was removed. She was however re-elected as Ekurhuleni Mayor.

The ANC’s Provincial Working Committee (PWC) met on Monday to carry out programmes, activities and instructions from the PEC. The meeting was also to conduct the ongoing political and organisational work of the ANC.

During the meeting, Gauteng ANC received a report from the party’s officials in the province who had met with Masina, said provincial secretary Thembinkosi Nciza.

He said the report relates to what transpired at the Ekurhuleni council meeting earlier this month, said Nciza.

But instead, Masina has opted to resign. Nciza says Masina must publicly apologise to the party.

“The officials provided a report that comrade Mzwandile Masina will offer a public apology to the members of the ANC and Ekurhuleni Council.”

Nciza said the PWC wishes Masina well in his endeavours and thanked him for leading a “well-run” municipality.

“The PWC… thanks him for leading one of the most stable, innovative and well-run municipality for the past five years as mayor. The City of Ekurhuleni under the stewardship and exemplary leadership of comrade Mzwandile Masina and his collective was a model for good governance,” Nciza said.

The former Ekurhuleni mayor was the leader of the motion of no confidence against Campbell.

This motion was however proposed by ANC councillors Khehla Madlala and Dora Mlambo in October. They criticised Campbell’s leadership, stating she neglected the townships in Ekurhuleni.

But Gauteng ANC chair Panyaza Lesufi said at a briefing this month that the PWC is mandated to take steps against Masina for bringing the party into disrepute. “We will be rectifying what has happened in Ekurhuleni. We are going as the PEC to meet all branches of Ekurhuleni and the leadership,” said Lesufi.