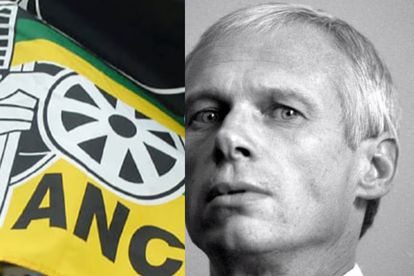 ANC plans a protect action against the release of Janusz Walus in prison. Photo: (Photo by Gallo Images/Oryx Media Archive).

ANC plans a protect action against the release of Janusz Walus in prison. Photo: (Photo by Gallo Images/Oryx Media Archive).

The ANC has organised a protest action in Tshwane against high-profile assassin Janusz Walus who is set to walk free after the 1993 murder of Chris Hani.

ANC TO TAKE TO THE STREETS AGAINST JANUSZ WALUS RELEASE

Walus, who has been serving a sentence in Kgosi Mampuru Correction Service or C-Max as previously known, shook the country after the Constitutional Court ordered his release on parole last week.

However, the decision was widely rejected and criticised by civil organisations including the ruling party, ANC.

PARTY RELEASES A STATEMENT ON ITS STANCE AGAINST THE PAROLE

In a statement issued by Cde Thembinkosi ‘TK’ Nciza, the African National Congress (ANC) in Gauteng says it has declared Wednesday, 30 November 2022, the Martin Thembisile Chris Hani Day of Action and will march to the Kgosi Mampuru Prison where Hani’s assassin, Janusz Walus, is set to be released follwong the unanimous decision by the Constitutional Court to grant him parole.

“The assassination of Cde Chris Hani was tantamount to treason and remains one of the most painful occurrences in our country’s trajectory and fight for freedom, robbing our country of one of its greatest sons.”

“Occurring at the height of the Convention for Democratic South Africa (Codesa) negotiations, the assassination of Cde Chris Hani brought our country to the brink of civil war, and emboldened the neo-Nazi, White-supremacist and racist right-wing element which deepened its targeted violence against black people,” said Nciza.

The planning of this protest coincides with the latest developments on Walus release. His release could be postponed after he was stabbed this afternoon by an inmate.

In a statement, the Department of Correctional Services stated that Walus was stable and DCS healthcare officials are providing the necessary care.