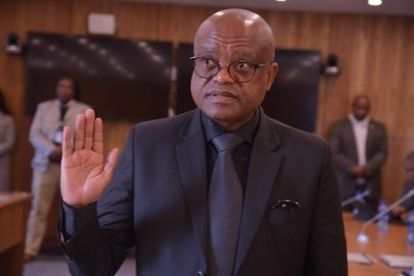 DA has lost the mayoral seat in Johannesburg and newly sworn in Mayor is ANC’s chairperson Dada Moreno. PHOTO: Twitter/@CityofJoburgZA

DA has lost the mayoral seat in Johannesburg and newly sworn in Mayor is ANC’s chairperson Dada Moreno. PHOTO: Twitter/@CityofJoburgZA

The ANC in Johannesburg has once again taken back the city from the DA. This time it is with the election of its party leader Dada Morero who is seemingly elated to take over the city.

JOBURG MAYOR OUSTED IN MOTION OF NO CONFIDENCE

Morero’s appointment as Johannesburg mahyor after a successful motion of no confidence against the DA’s mayor Mpho Phalatse.

The motion which led to her removal was brought forward and sponsored by the ANC.

Despite applying to the courts for an urgent bid to interdict the special council sitting, she was eventually axed. The motion received support from the EFF and the Patriotic Alliance (PA).

The election of Morero has, once again, allowed ANC to take back the city from the DA-led coalition.

Prior to Phalatse’s mayoral appointment, Johannesburg was run by three different mayors in the municipality after the resignation of then DA’s mayor Herman Mashaba.

All three of those ANC mayors have since passed away in the space of ten months.

Morero thanked the ANC for trusting him to lead the city.

“To the minority parties, well done. You got us to this point and for that we thank you. Minority parties must never be undermined. they earned their seat in Council and their voice must be heard. Thank you to the EFF and PA, political parties in Council that used their consciousness to create a historical change in the City of Johannesburg,” Morero said.

ANC Gauteng Provincial Secretary Thembinkosi Nciza says they extend their gratitude to all the parties who supported the motion. These parties came together and put their differences aside to prioritise residents of Johannesburg, he said.

He said the DA had unapologetically placed the interests of white affluent suburbs. The DA had neglected historically black townships in Johannesburg.

“As of today, we have no doubt that a multiparty coalition government in Johannesburg will put its shoulders to the wheel. [It will] activate service delivery which had come to a standstill in Johannesburg, and immediately address pressing issues that have been raised by the residents of the city.”