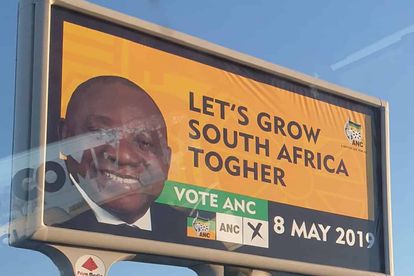 The African National Congress (ANC) says it will kill off opposition parties’ campaigns by merely removing a billboard with a spelling error.

The ruling party has been the subject of ridicule since its campaign posters in Nelson Mandela Bay went up with the word “together” missing a few letters – instead reading as “togher” – inadvertently paying homage to a small Irish town.

Following the gaffe, the ANC issued out a statement on Tuesday, saying it plans to remove the billboards containing the “insignificant” error, thus grabbing the initiative back from its rivals.

“We consider this a very minor and insignificant setback to our campaign and will ensure the immediate removal of the billboard, which will, in turn, kill the campaign of the opposition.”

Own goals in ANC election campaign

The posters emerged barely a week after the ANC pretty much threw some weight behind their official opposition, the Democratic Alliance (DA’s) election campaign.

On Thursday the ruling party congratulated Western Cape provincial government – led by the DA – on “remarkable feats” achieved in the province after no ANC member objected to a motion brought up by the opposition’s MP to recognise the achievements made by Premier Helen Zille’s administration.

This resulted in the National Assembly issuing out a letter of congratulations to the Premier, signed by speaker Baleka Mbete.

“Dear Premier Zille… The Assembly congratulates the Western Cape provincial government in achieving [such] massive feats. A copy of the minutes containing the text of the motion is attached”

Many of these have popped up around Nelson Mandela Bay today. Needless to say, I didn't expect anything more from the ANC. Well done @CyrilRamaphosa pic.twitter.com/3IN5PwQYiZ

The endorsement was a massive PR victory for the DA, gaining wheels as it was echoed by leader Mmusi Maimane.