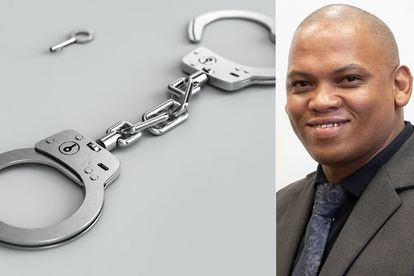 [FILE] A warrant for the arrest of Danville Smith has been issued following his failure to appear in court. Photo: Stock Image / Pixabay and @WCProvParl / Twitter

[FILE] A warrant for the arrest of Danville Smith has been issued following his failure to appear in court. Photo: Stock Image / Pixabay and @WCProvParl / Twitter

Suspended African National Congress (ANC) MPL Danville Smith has a warrant of arrest on him after failing to appear in court.

Smith was suspended following his arrest in June

Smith was due in court on Thursday, 18 August. He was suspended from his position in the provincial legislature and as the ANC’s West Coast regional treasurer in June. This followed his arrest earlier this year.

Smith was arrested for alleged theft of a motor vehicle and fraud charges. He was arrested along with two foreign nationals. The trio are accused of allegedly conning a man. They supposedly pretended to pay a whopping R210 000 to purchase a vehicle from Gumtree.

This warrant of arrest is from a different case

However, the warrant for Smith’s arrest stems from a different case. The suspended ANC member, and another accused, are wanted for allegedly taking R25 000 after submitting a fake food parcel invoice that was intended for a Mandela Day event.

Spokesperson for the National Prosecuting Authority (NPA) Eric Ntabazalila said a warrant for Smith’s coaccused, Peter Blackenberg, was held over as he produced a medical certificate.

“A warrant of arrest has been issued for Danville Smith after he failed to appear in court yesterday (Thursday),”

Blackenberg, a District Committee member of Ward 5 in Lamberts Bay, and Smith are charged with corruption as well as fraud and contravention of the Municipal Finance Management Act.

A report by IOL revealed that the case has been postponed to 5 September 2022.

Earlier this year, it was reported that African National Congress (ANC) MPL Danville Smith has been arrested. Vredendal SAPS arrested Smith on charges of fraud and attempted car theft after conducting a sting operation that followed a period of surveillance.

Spokesperson for the SAPS Frederick van Wyk said they became aware of a Modus Operandi of motor vehicle theft. After a successful integrated undercover operation was conducted, a white BMW was seized. Van Wyk said more arrests could follow as the investigation progresses continue. Read the full story here.