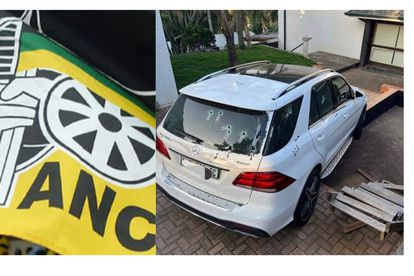 The ANC in the Eastern Cape has condemned the attempted assassination of Buffalo City Acting City Manager Nceba Ncunyana.

ANC CALLS FOR BUFFALO CITY MUNICIPAL MANAGER TO BE PROTECTED

Last Friday afternoon, 26 August 2022, an attempt to kill Ncunyana was made by gunmen who shot at him.

According to Jali, Ncunyana was shot at leaving his car sprayed with bullets whilst entering the yard of his house in Vincent.

However, this is not the first attempt on the Buffalo City Acting City Manager’s life.
This attack comes less than a year after Ncunyana was reportedly attacked at his house. However, this time, the gunmen came for him in his white Mercedez Benz SUV.

Following this scary attack, the ANC is appealing for the victim’s protection.

“We appeal to the Municipality to beef up the security of Mr Ncunyana. Municipality Officials must not be intimidated or deterred by suspect criminal elements in their quest to capture our local state,” said Jali.

“Our City has for the past weeks experienced a proliferation of violent crimes and the high levels of crime poses a serious threat to our democracy.”

“We call on law enforcement agencies to move swiftly to get to the bottom of the matter. This malicious criminal act can only stop if police investigate and arrest the perpetrators,” he said, wishing Ncunyana a speedy recovery.

Meanwhile, the MEC for COGTA, Zolile Williams, called for unity and intervention against thugs.

“We encourage the political and administrative leadership in municipalities to work together and be each other’s keeper against thugs whose intentions are to instil a gangster climate in municipalities.”

Lastly, the MEC called on communities to provide information to the police which will assist them to track down the perpetrators of this abhorrent attack.

“An attack on any municipal official who is faithfully carrying out his responsibilities to take services to the people is an attack on the well-being of the people of the province.”