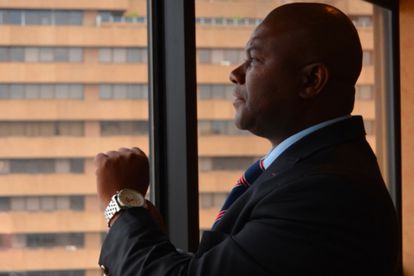 ANC Greater Johannesburg Region in partnership with the Each One Teach One Foundation will be hosting a Memorial Lecture of the late Executive Mayor, Cde Jolidee Matongo.

Matongo, who was a newly-elected Mayor of the City of Johannesburg, was killed in a car accident a year ago.

ALSO READ: President expresses his shock after the death of Mayor Jolidee Matongo

The accident occurred on the notorious Golden Highway in the south on his way back from campaigning for the party with President Cyril Ramaphosa in Soweto on 18 September 2021.

“We call on South Africans to join the family and African National Congress (ANC) as we reflect on the contribution that this gallant activist made in building a better South Africa for all,” the party expressed.

“Prior to his election as Executive Mayor, he served as a member of the Mayoral Committee (MMC) for Finance in the City of Johannesburg.”

Matongo passed away nearly three months after the death of his predecessor Cde Geoff Makhubo, who had been at the helm since December 2019. Makhubo died from COVID-19 in July 2021.

Matongo served as the MMC for Finance under Makhubo. He had risen through the ranks, from serving as a member of the Soweto Student Congress and the Congress of South African Students (Cosas) before moving on to serve as the regional head of communications in the ANC for eight years.

The remembrance lecture will be held on Friday, 23 September from 4pm – 6pm (before load shedding) at Uncle Toms Hall in Orlando West, Soweto.

This event will be followed by a wreath-laying ceremony from 6:30pm at the Golden Highway in Lenasia South.