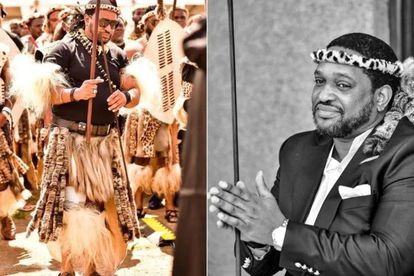 Senior members of the AmaZulu royal family are planning to reverse the appointment of King Misuzulu kaZwelithini. Photo: @Isilo_uMisuzulu / Twitter

Senior members of the AmaZulu royal family are planning to reverse the appointment of King Misuzulu kaZwelithini. Photo: @Isilo_uMisuzulu / Twitter

It has been revealed that senior members of the AmaZulu Royal family are intending to reverse the appointment of King Misuzulu kaZwelithini. It seems the troubles facing the royal family are nowhere near over.

The senior members claim that they were not consulted on the appointment of King Misuzulu and that the decision was marred with political interference.

President Cyril Ramaphosa previously recognised King Misuzulu as the new king of the AmaZulu following the passing of King Goodwill Zwelithini in 2021. This weekend, the cleansing ceremony for King Misuzulu is planned. This is a big step before the King’s official coronation.

King Zwelithini’s brother Prince Mbonisi Zulu and others have been angered by the confirmation of the cleansing ceremony by AmaZulu Traditional Prime Minister and IFP founder Prince Mangosuthu Buthelezi.

In response to claims of interference, Prince Mangosuthu disputed this. He stated that Ramaphosa informed the country that King Misuzulu is the one on the throne. He added that the King is the only legitimate leader.

“The head of state Mr. Ramaphosa has told the whole country that King Misuzulu is the one on the throne. And all that I only did is what I have been instructed by the King. All that they dispute is the fact that the King is not the King that is the case. The King is the only legitimate leader of the Royal Family and preside over their ceremonies including the cleansing,”

Prince Mbonisi believes that the proper process of choosing a King was not followed.

“The process has to be followed as legislated by our government to say the core family members must sit down meet and discuss and come up with the relevant particular person that was not done. So, we did not follow the process with these guidelines by government until such time we meet the entire family members, the core members. It is their responsibility to do that, part of the work then when the family has decided there will be ceremonies that will be followed until such time before the coronation including the cleansing of the throne. Since that has not been done, so we can’t call the King’s son as His Majesty,”

The cleansing ceremony for King Misuzulu is expected to go-ahead

The cleansing ceremony plans are ongoing. It is set to happen at the KwaKhangelamankengane Royal Palace. SABC News reports that this does not only mark the end of the AmaZulu family’s mourning period but it also symbolically involves the cleansing of the late King’s weapons by the incoming King.