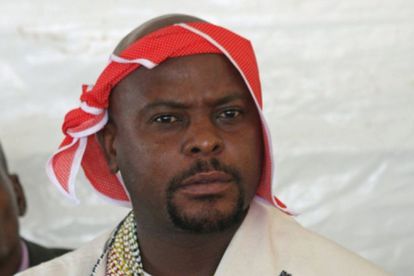 Following the passing of the AmaMpondo King, a regent has been appointed by the Sigcau Royal family. Photo: @CyrilRamaphosa / Twitter

Following the passing of the AmaMpondo King, a regent has been appointed by the Sigcau Royal family. Photo: @CyrilRamaphosa / Twitter

The news follows the King’s passing at a Durban hospital after a long illness. Spokesperson for the Sigcau Royal family Prince Mzwandile Maraqana says that Prince Dumelani will act as regent for 21 days.

After 21 days, a new King will be appointed to the throne. Maraqana says the decision will be communicated to Eastern Cape Premier Oscar Mabuyane and the provinces Cooperative Governance and Traditional Affairs (Cogta) MEC Xolile Nqatha.

“Prince Dumelani Sigcau is the uncle to the late king. Remember, the king is born out of the Kimbili house, so Prince Dumelani comes from that house. In fact there are three of them that are surviving, so we have unanimously agreed that he must act in the meanwhile,”

A funeral date has been set

Tributes pour in for AmaMpondo King who passed away in Durban

It was previously reported that AmaMpondo King Zanozuko Tvelovuyo Sigcau passed away at a hospital in Durban on Tuesday, 31 May. The King reportedly fell ill over the Easter weekend before passing away.

The Sigcau family, AmaNyawuza clan and traditional leaders are expected to meet on Thursday, 2 June. They will be discussing a way forward following the King’s untimely passing.

Family elder Cosmo Somdizsela revealed that they are waiting are currently waiting for members of the family to receive more information on the King’s passing. Tributes have been pouring in on social media after news of the King’s death was revealed. Read the full story here.