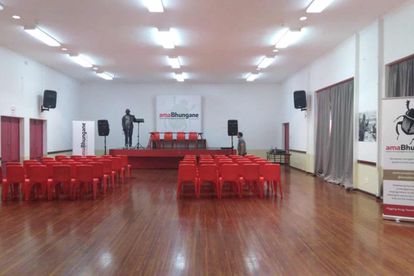 The AmaBhungane Centre for Investigative Journalism has independently led the fight against the establishment for as long as we can remember, and when they call for help — something which they rarely do — the least we can do is offer support and be the vessel to carry their message.

The independent investigative network of journalists has played an important role in holding those in power to account and exposing the backhanded transactions made by state officials, at the expense of the ordinary South African.

The most impactful AmaBhungage cases

Jacob Zuma and the Guptas

If it were not for AmaBhungane, it is highly probable that we would not have known — soon enough — about the web of deceit and corruption former president Jacob Zuma allegedly led with notorious families such as the Guptas and the Watsons.

Floyd Shivambu and the EFF

Neither would we have seen through the cracks of the EFF’s portrayal of the political renegade that seeks to free us from the tyranny of the ANC.

Lest we forget, it was AmaBhungane who exposed EFF Deputy President, Floyd Shivambu’s shoddy relationships with businessmen like Lawrence Mulaudzi.

This exposè revealed that Shivambu may have used his political influence to drive deals in exchange for funds which, in the case of Mulaudzi, were allegedly funnelled through the business account of his brother, Brian.

Another important case the centre is fighting in court involves the threat of the RICA Act. In 2014, AmaBhungane’s founder, Sam Sole, was spied on by the government through his communications devices without even knowing it.

His records were used in the infamous arms deal investigation against Zuma, where transcripts of a telephonic conversation Sole had with Billy Downer, a former NPA chief prosecutor, were furnished in the case.

While this is a monumental tool that could assist with fighting crime, it is also a major threat to independent journalism.

How you can help AmaBhungane

The humble plea from the centre is to contribute towards their much-needed existence. For the amount of groundbreaking work they do as a non-profit organisation, it is unfathomable how much impact they have had in South Africa’s tumultuous political environment.

You can support the centre by making a donation on this page.

It can either be a recurring amount of a one-off fee, either way, your contribution keeps the centre around to do what it does best — hold the establishment to account.

Please note that donations of R10 000 or more will have to be vetted and can not be held in anonymity.