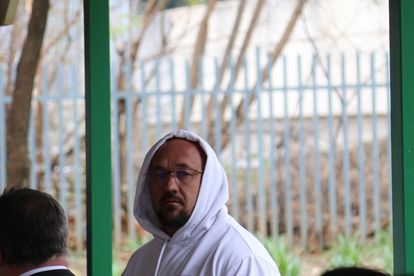 An alleged woman-beater, John Schuurman, also known as Johnny Rocket, is headed for trial after pleading not guilty.

Rocket is alleged to have assaulted his ex-girlfriend, Milena Hill, and broken her nose.

WOMAN GETS HELP FROM AFRIFORUM AHEAD OF TRIAL

Rocket’s victim has been receiving support and aid from AfriForum’s Private Prosecution Unit. He allegedly beat Hill on 27 January and his trial was due to start on Monday. Hill was expected to testify about the assault during the proceedings.

But on that morning, his attorney Elizma de Waal told the Hatfield Magistrate’s Court in Pretoria that Rocket intends to plead innocence.

AfriForum’s prosecutor, Wico Swanepoel, expressed disappointment in the postponement of the trial. He accused Rocket and his legal team of using delaying tactics before the trial can start.

“We are confident that the trial will begin on 30 August so that the complainant can finally get justice. We are almost in Women’s Month, but it seems that the State is only paying lip service to the fight against gender-based violence, especially in the courts, where this fight should rightly be fought most fiercely.”

He said the Private Prosecution Unit will however continue to assist Hill to ensure the case receives the necessary attention.

The assault case of Alexis Bizos is expected to resume before the Johannesburg Magistrate’s Court in January next year.

Bizos is the son of the late human rights lawyer, George Bizos. But he is instead accused of assaulting his estranged wife, Monique van Oosterhout.

“The National Prosecuting Authority (NPA) initially refused to prosecute him. After AfriForum’s announcement in 2018 that the organisation had applied for a nolle prosequi certificate, the NPA made a surprise announcement to prosecute,” said the Private Prosecution Unit spokesperson Barry Bateman.

HOW BIZOS ALLEGEDLY ASSAULTED HIS WOMAN

During her evidence in chief, van Oosterhout told the court about the violent attack that took place on the night of 16 March 2015. This came after she approached Bizos in his study after a verbal altercation.

She alleges that after speaking to Bizos briefly, he punched her in the face.

But the attack did not end there, van Oosterhout alleged. Bizos apparently rammed her into the bookshelf, which resulted in several fractures identified in a CAT scan. She approached the Bizos family to lodge a complaint but alleges she was ignored.

“Seven years after the incident, I am relieved I was finally given an opportunity to tell my story to the court,” she said.

The matter is postponed to January 2023.