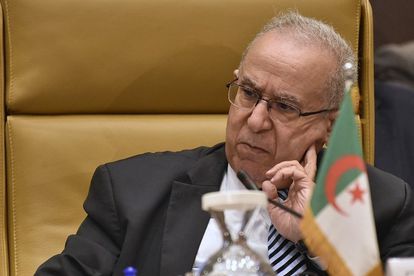 Algerian Foreign Minister Ramtane Lamamra has told France to “decolonise” its history, in the latest verbal broadside between Paris and a former colony in Africa.

On a trip to Mali, whose ruling junta has been fiercely criticised by France, Lamamra said French President Emmanuel Macron suffered from “forgetfulness of history,” Malian TV reported late Tuesday.

“Our foreign partners need to decolonise their own history,” said Lamamra.

“They need to free themselves of certain attitudes, certain behaviours, certain visions which are intrinsically linked to the incoherent logic driven by the West’s claimed mission to bring civilisation,” he said.

TRUTH OR DISCOURSE OF HATRED

Lamamra’s barb appeared to be aimed at comments by Macron last week in which he said Algeria’s post-independence “political-military system” had “totally re-written” the country’s history.

Macron told descendants of Algeria’s war of independence that the version of history transmitted to Algerians was “not based on truths” but “on a discourse of hatred towards France,” according to remarks reported by Le Monde.

Algeria over the weekend recalled its ambassador from Paris and banned French military planes from its airspace, which France regularly uses to reach its forces battling jihadists in the Sahel region to the south.

On Tuesday, Macron said he hoped for a “calming down” of tensions with Algeria and that his relations with President Abdelmadjid Tebboune were “truly cordial”.

Macron is also at loggerheads with Mali’s junta, which ousted the country’s elected president, Ibrahim Boubacar Keita, in August 2020.

France intervened after jihadists seized control of Mali’s north in 2012, and Paris has since deployed thousands of troops across the Sahel to combat the insurgency.

In June, France announced a major scaleback of its Sahel deployment – a move that caused Mali last month to publicly declare its ally had decided to “abandon” it.

On Tuesday Macron urged the junta to restore state authority over territory that had been relinquished to the jihadists and then recovered.

“It’s not the role of the French army to fill in for the ‘non-work,’ if I may describe it, of the Malian state,” he told French media.

Mali’s foreign ministry summoned the French ambassador in Bamako to register its “indignation” at the remarks.