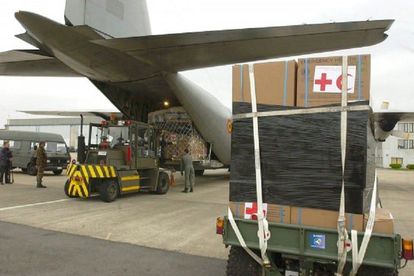 Over 100 Algerian troops have been confirmed dead after a military aircraft crashed shortly after taking off from the Boufarik airbase outside the city of Algiers.

According to reports, as of Wednesday morning, 105 passengers were killed in the plane crash. Many more are feared dead, with the death toll expected to rise to 200.

Images of the military plane crash in Algeria, near the town of Boufarik. Via @Alg24netpic.twitter.com/49T0vwK6a4

BREAKING The military aircraft (allegedly an Il-76 or Il-78) has crashed shortly after takeoff https://t.co/x4mn4qwrIm pic.twitter.com/WCEFftN5hN

TV footage caught right after the crash showed a thick cloud of black smoke emanating from the wreckage near a motorway, with security officials and other onlookers buzzing about.

Shortly after the crash, 14 ambulances were sent to the scene as survivors were rushed to nearby hospitals.

Reports from Algeria say that the Iliouchine-type plane was transporting military troops and equipment to Bechar, a city situated in the south-western region of the country. It was scheduled to make a layover in Tindouf, home to many refugees from neighbouring Western Sahara, a disputed territory annexed by Morocco.

The crash occurred at 8:00 local time and all roads around the airport, and leading to the scene, have been closed as rescue services continue to carry out a desperate mission.