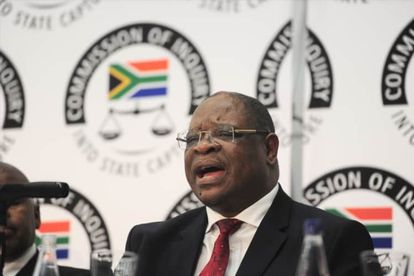 The Commission of Inquiry into State Capture this week heard allegations that the former boss of the Northern Cape diamond mine partnered by state-owned Alexkor lied to forensic auditors about carrying out due diligence on Gupta-linked Scarlet Sky Investments (SSI).

The former executive director of Gobodo Forensics, Albert Torres testified before Deputy Justice, Raymond Zondo, that the former Chief Executive Officer (CEO) of the Pooling and Sharing Joint Venture (PSJV) formed between Alexkor SOC and the Richtersveld Mining Company (RMC) Mervyn Carstens, maintained throughout the forensic investigation that he carried out due diligence on SSI before the contract came into effect in March 2015. Torres went on to say that PSJV Company Secretary, Raygen Phillips, later conceded that this was not the case.

Phillips has alluded to this being a lie, telling the South African that she will be forwarding a supplementary affidavit to the commission on this and other misrepresentations made on Friday, 8 January 2021.

SSI HAD NO TRADING LICENCE WHEN SUBMITTING THEIR TENDER

Torres has gone on to say that SSI appeared to be a shelf company when it submitted its tender to market and sell diamonds to the PSJV tender board. Furthermore, SSI reportedly did not have a diamond trading licence up until they roped in Daniel Nathan as a director – Nathan’s company, which is now known as the Alexander Bay Diamond Company did have a trading licence beforehand. The directors of SSI were later found to include Kubentheran Moodley who is a Gupta-linked affiliate who assisted in Trillian in their endeavours previously.

Meanwhile based off of the Gobodo report, SSI’s marketing and sales contract has been terminated. However legal documents reveal the company – represented by Hector North Inc Attorneys – is in the process of challenging the termination.

A letter from the firms states “the agreement entered into by and between you and our client on 6 October 2016 remains of full force and effect and our client requires compliance with the terms of the agreement. Your conduct is unlawful and the agreement has not been lawfully terminated and remains binding”.

A second witness disgruntled contractor Gavin Craythorne told the Commission on Friday that when he began probing SSI due to the low return on the sale of diamonds mined by them, PSJV management – including Carstens – allegedly ostracised him, denied him access to the PSJV and later slapped him with a series of defamation suits.

No mention was made during the Zondo Commission of Carstens’ recent victory at the Commission for Conciliation, Mediation and Arbitration (CCMA) which found that the PSJV board and the administrator Lloyd Mcpatie, erred in suspending Carstens in early 2020. In the award CCMA Commissioner Chitane Soza, says Alexkor failed to adhere to its own disciplinary code when suspending Carstens and did not afford the PSJV boss an opportunity to defend the allegations made against him by Craythorne and company.

The CEO says nothing was communicated to him regarding disciplinary proceedings, prior to the date of his suspension. In fact, he was only notified of his suspension while representing the PSJV at the Mining Ndaba in Cape Town in early February 2020.

As a result Soza found in favour of Carstens and determined that he needed to be remunerated over R 3,2 million which is the equivalent to a year’s salary.

MORE RETRENCHMENT ON THE CARDS

The National Union of Mineworkers (NUM) confirms the PSJV has forcibly laid off 56 more mineworkers, whilst eight opted for voluntary severance packages and cut their losses with the highly indebted mine during the festive season. This is in addition to the 190 workers retrenched in 2019, some of whom are yet to receive their retrenchment packages. The Department of Public Enterprises and Alexkor are yet to comment on the retrenchments despite queries being sent in December 2020.

NUM Western Cape Regional Secretary Siso Fisa has lamented the state of affairs at PSJV, adding that NUM is worried about the “swinging economic activity in the Northern Cape and the mining areas in particular”. Fisa said NUM has relayed their concerns to the DPE and Minister Pravin Gordhan but to date, the department has not intervened to save the sinking ship that is the mine.

To this end, however, NUM is in the process of launching court action against the PSJV, Alexkor and DPE over a separate issue that has a bearing over the retrenchments. Fisa has declined to get into the exact details of the matter, but the former Company Secretary of PSJV, Raygen Phillips has shed some light on the issue.

When Phillips stepped down from her role as the PSJV company secretary on 24 August 2020, she maintained in her resignation letter that the mine joint board was not properly constituted therefore rendering all decisions made by the board – including the retrenchments – unlawful. The mine joint board is supposed to be made up of three members of the Richtersveld Mining Company (RMC) and three non-executive directors of Alexkor.

She reveals in the resignation letter, that the Chief Executive Officer (CEO) of Alexkor, Lemogang Pitsoe had been appointed as the interim PSJV CEO in early 2020 and went further to appoint himself as Chairperson of the joint board. The latter appointment can only be made by Minister Pravin Gordhan says Phillips. She delves further into the issues at hand in her August 2020 resignation letter.

In this regard we have obtained two legal opinions from Senior Counsel advising that only the Minister of Public Enterprises can appoint the Chairperson of the JB. This after an attempt by the Alexkor CEO in March 2020, Mr Pitso to appoint himself as the Chairperson of the JB and Alexkor Financial Manager as representatives for Alexkor on the Joint Board. Senior Counsel advised that in terms of the Alexkor MOI the Alexkor representatives needed to be non-executive directors of Alexkor for an appointment to the joint board.

Fisa has not given any indication as to when their court bid will sit.