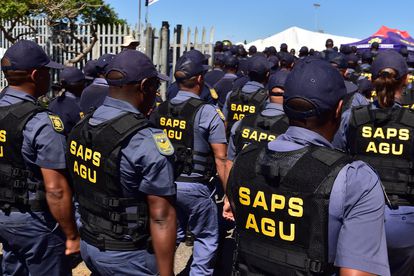 The Premier instructed the Ombud to probe the matter after Judge Daniel Thulare delivered a damning judgement in the Western Cape High Court on 17 October.

Thulare said there is evidence that suggests that gangsters have infiltrated the top management structure of the Western Cape SAPS and were able to access critical documents and crime-fighting strategies.

As previously reported, the gang in question in Thulare’s judgement was the 28s gang. The matter dealt with the bail appeal of the alleged leader of the 28s Mobster Gang and another appellant.

“We have to act within our limited mandate on this issue to confirm what many residents of the Western Cape have long suspected: that some SAPS members are colluding with gangsters, effectively abandoning their oath to protect and serve, instead choosing to make many of our gang-stricken communities even more unsafe,” said Winde after receiving the report.

Reddy reportedly allowed the top provincial police management to respond to Thulare’s judgement as part of the investigation. He also spoke with the Independent Police Investigative Directorate (IPID).

The Premier said Reddy’s report concluded that the allegations that gang members and some police officers are in cahoots are likely substantiated. The provincial leader is studying the report and considering his next steps.

“There must be decisive consequences for those found to be colluding with gangs. This includes senior officials under whose watch this has been allowed to happen. One of the first steps that I took this week on this matter is that I met with the SAPS provincial Commissioner Lt Gen (Adv) Thembisile Patekile to discuss the findings of the report.

“I will be holding further engagements on the Ombud’s report and will share this with the public as soon as I am in a position to do so. What is clear is that this infiltration likely extends far beyond this particular case, and also that dangerous forces are at play here. We must be decisive and considered in our next steps to address this issue, making sure we can break these links, and make headway against gangsterism,” said Winde.