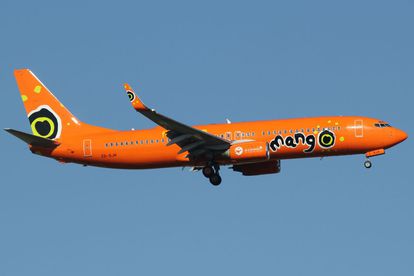 Mango Airlines’ licences have been suspended by the Air Services Licensing Council.

Two air service licences have been suspended, effective immediately, for a period of two years. The low-cost carrier has reportedly been in business rescue since July 2021.

“For a period of two years, effective immediately, as Mango has not operated the licensed air services for an uninterrupted period exceeding 12 months,”

read a 3 August letter regarding the licences.

An unnamed consortium is bidding to rescue the airline

TimesLIVE reports that this news follows Mango’s administrator Sipho Sono revealing that a consortium bidding to rescue the airline presented both satisfactory and adequate proof of funding.

The unnamed consortium has until 10 August to provide a bank guarantee in favour of Mango for the full purchase offer, reports CH Aviation.

“Significant progress has been achieved with one of the bidders,”

If this is provided by 10 August, SA Airways and the Government will receive a proposal. If this does not come through by the stipulated date, Mango will be liquidated.

Earlier this year, it was reported that the sale of South African low-cost carrier Mango Airlines was being held up by the delay of pre-approved funding which had already been earmarked for the airline.

The state-owned budget airline ceased operations last year when financial troubles arose. Mango went into voluntary business rescue at the end of July 2021 and has not flown since. It owes R2.85 billion to creditors and also has about R183 million in un-flown ticket liabilities.

The airline cannot resume operations unless it secures a new investor to buy and relaunch the airline. Parliament previously approved a special allocation of R819 million for Mango’s restructuring, from R10.5 billion allocated to South African Airways (SAA) by Treasury. Read the full story here.