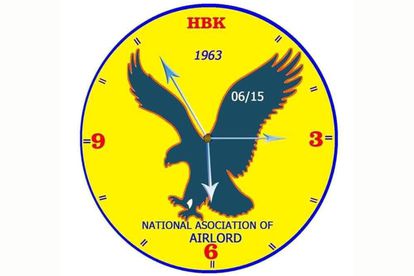 The Hawks and Interpol arrested two suspects in Pretoria early on Wednesday, 28 September, as part of an international crackdown on cybercriminals. The arrested suspects allegedly belong to the cult known as Air Lords – a rival of Nigerian syndicate Black Axe.

“The duo were found in possession of electronic equipment, including laptops and cellphones, thousands of rands in cash and an unlicensed firearm.

“The two foreign nationals are alleged to be part of a cult known as the Air Lords who are said to be rivals of the Black Axe movement. The suspects will be charged, detained and extradited by the Interpol,” said Mogale.

Eight Black Axe members were arrested in Cape Town last year and are doing their utmost to fight off extradition to the United States. They are wanted for a series of internet scam charges and allegedly have victims across the world.

About three weeks ago, the Western Cape High Court dismissed the accused’s bail application and said the men have the means to leave the country and the capacity to do so illegally.

The Hawks said the Air Lords duo will be linked to online scams under investigation by the 419 provincial task team. The arrest was one of several being carried out internationally involving suspects accused of online scams such as romance scams, investment, Bitcoin, employment and more.

One of the suspects will also have to answer for possession of an unlicensed firearm and ammunition.

Like Black Axe, the Supreme Eiye Confraternity, which later became the National Association of Airlords (NAA), also traces its origins to a university in Nigeria. It was formed in 1963 at the University of Ibadan. According to the BBC, the Air Lords cult is also involved with trafficking women and drugs in Europe.