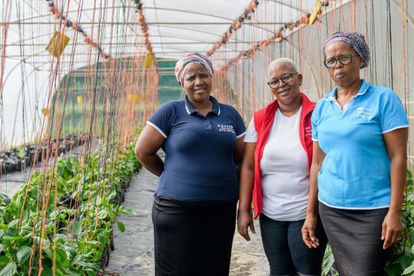 Agritourism is when farmers turn their land into a destination and open their doors to the public to teach them more about what they do.

Ubumbano in Amandawe is one of the benefitting farms. Sisters Nelly and Nolwazi Zama co-founded their agricultural cooperative in 2017 as a mixed farming venture, producing choice-grade crops.

“We have sugar cane, seasonal vegetables, macadamia nuts and bananas. Our offering is different as we also make products from some of our produce, including chilli jam, which is now stocked in Fifi Fish Shop, one of the South Coast’s gems,”

Nelly says that while the area is already a tourist attraction, the addition of agritourism is an added drawcard.

Ubumbano Farm now offers tours of the farm, teaches visitors about its techniques and lets them taste its fresh produce.

Located in Southport, BBS Farm – which is named after its three female founders – Busisiwe Lubanya, Silindile Zondi and Bongi Lushaba – is another SCTIE beneficiary.

After securing land from the Department of Agriculture, Land Reform and Rural Development and a loan from Ithala Bank, the trio erected farming tunnels and identified uncommon produce to farm. By doing this, they created a niche market.

“The idea was to create more market demand. We started with heritage tomatoes, which come in a variety of red, green, yellow, orange and maroon, and we packaged them differently by mixing in cherry tomatoes. People were very keen on this,”