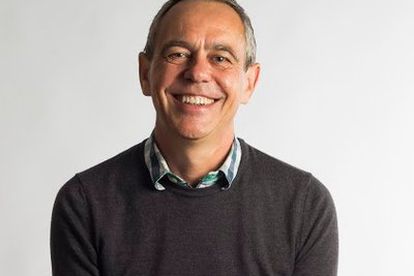 The Professor reportedly retweeted a video clip of a young boy who could be seen being sexually abused by an adult man on 11 September 2022, around 17:00.

AfriForum Youth said it will file complaints against De Vos with the South African Police Service (SAPS) in accordance with section 19A(4) of the Criminal Law (Sexual Offenses and Related Matters) Amendment Act (32 of 2007), as well as the provision against the distribution of child pornography in the Film and Publication Act (65 of 1996, as amended).

The organisation’s spokesperson, René van der Vyver said it is beyond her understanding that anyone could be guilty of such atrocities.

“What’s more is that they share it on a public platform, try to erase it and get away with it scot-free. This while human trafficking, which is directly related to this type of sexual crime, is a threatening issue in South Africa,” she said.

AfriForum Youth has also sent a letter to the UCT to demand that disciplinary steps be taken against Pierre de Vos, who is part of the management of UCT, reportedly

The youth organisation said it is of the opinion that a person who is guilty of such a misdeed cannot take a position as a mentor of young people.

“The leading institution should act strongly against such shameful behavior by one of their representatives.”

Furthermore the organisation said children should be protected from sexual abuse, while the case of a prominent figure spreading child pornography on social media sends a strongly distorted message.

The youth organisation also took action in this regard and reported De Vos to Twitter for the inappropriate content he shared.

“The fact that the original post was made on 9 December 2021 indicates that De Vos must have searched for this type of content before he made the mistake of sharing it to his profile. We cannot allow this incident to go unnoticed and set the precedent that it is acceptable,” van der Vyver said.

De Vos took to Twitter on Sunday to tell his side of the story.

“But Afriforum Youth now says it will lodge a criminal complaint against me. Not surprising given the criticism I levelled against their hate speech case against Mr Malema.

“Obviously, nothing will come of this complaint, but I will continue to criticise Afriforum when I believe it is appropriate to do so. I will, of course, refrain from making spurious allegations against them.”